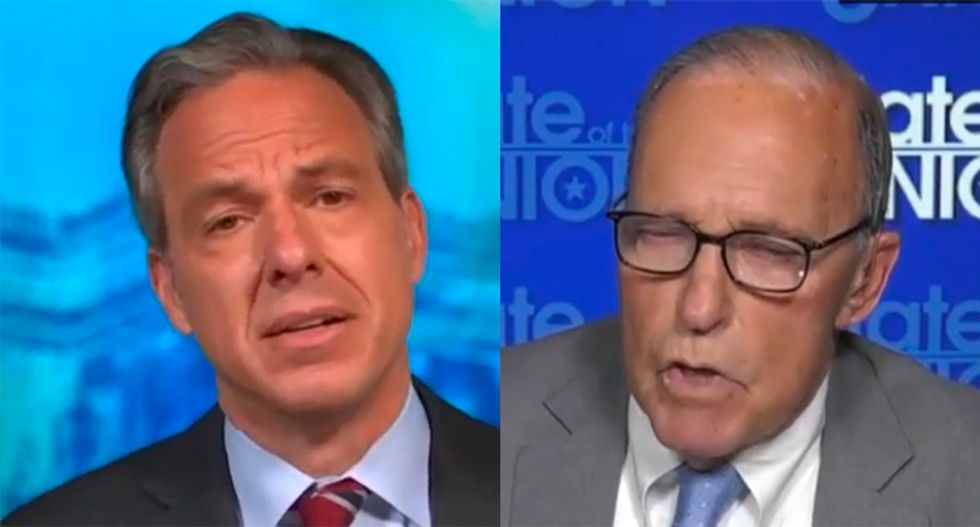 Appearing on CNN's "State of the Union," White House economic adviser Larry Kudlow didn't want to talk about the human toll of the coronavirus pandemic and attempted to move the conversation from the more than 1,000 Americans a day dying from COVID-19 to a new stimulus package that will include another $1200 check for taxpayers.

Saying, "Most of the states are doing rather well," Kudlow continued, "I'm happy to report Ambassador Deborah Birx, who is the leader on our virus task force, she's reporting now on these virus hot spots states, the three or four of them are showing early signs of plateauing. Let us hope and pray that that is the case."

"We've had more than four days of a thousand deaths," a clearly exasperated Tapper interjected.

What followed was crosstalk with Kudlow saying, "Any death is a tragedy," and Tapper attempting to conclude the interview as Kudlow rambled on claiming "The fatality rate is much slower than it was, " before suddenly switching gears and blurting, "Don't forget, in the package, we're talking about a $1,200 assistance check."

That led Tapper to remind the Trump officials about the doctors and nurses who are still treating COVID-19 patients.