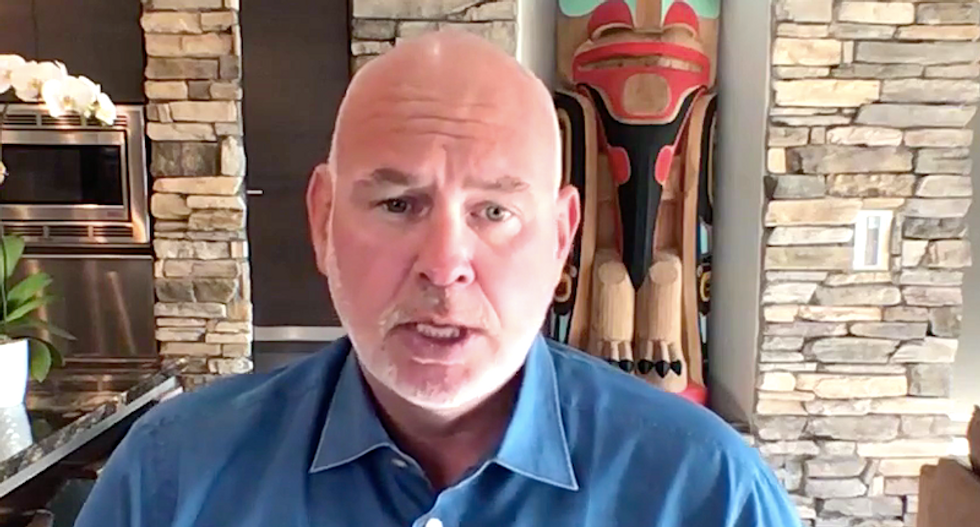 Former Republican and Lincoln Project co-founder Steve Schmidt unleashed an attack on who he deems the "craziest and dumbest congressman."

Speaking to MSNBC's Joy Reid on her new show "The ReidOut," Schmidt described the danger of Rep. Louie Gohmert (R-TX) and his impact on the movement of "mask denial."

Rep. Eric Swalwell (D-CA) begged Reid not to show Gohmert, who recently blamed wearing a mask for him catching COVID-19.

"Are you concerned in the Republican Party this sort of culture of know-nothingism that is setting in that will outlive Donald Trump?" asked Reid.

"Of course it will. The Republican Party is an empty and principle less organization. It's an organized conspiracy to maintain political power for the purposes of self-interest," Schmidt said. "I'm remiss, Joy, not congratulating you on the show, but as you were introducing the segment about Louie Gohmert, I could only think about you playing the David Attenborough role in a wildlife [documentary] -- with a Gohmert picture representing America's craziest and dumbest congressman. When I say he's the craziest and dumbest congressman, I'm serious about that. He's not competing in an era where there's a lot of competition. In the era of crazy, this is like Ali, Forman, Frazier, Norton -- the big heavyweights fighting each other. He's got a lot of competition in this space."

He explained that when one thinks of Louie Gohmert, they think about America's crazy people and that there are a fair amount of dumb people in the United States.

"They're well very well represented in the Congress by Louie Gohmert, who is a champion without parallel or peer when it comes to both banality, stupidity and just imbecility," he closed.