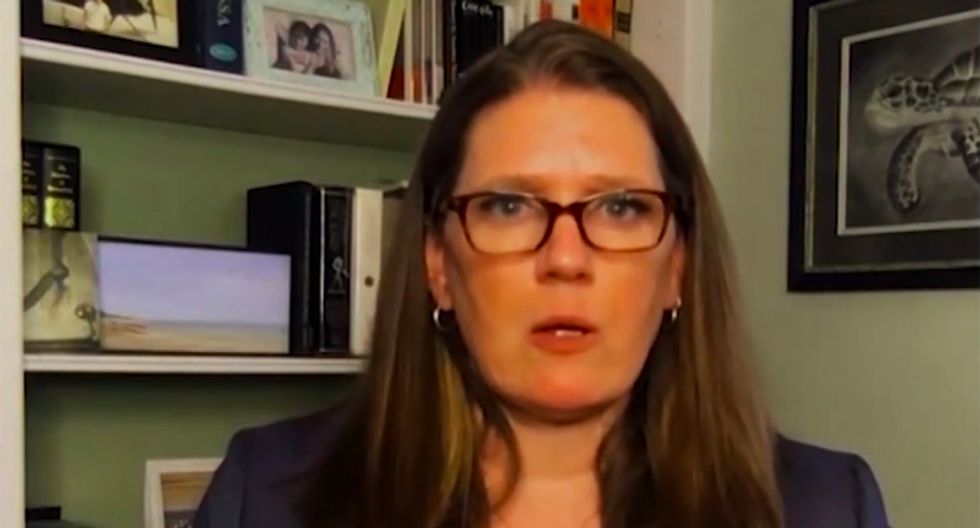 In an extensive interview late Friday night with CNN's Chris Cuomo, Donald Trump's niece, Mary Trump, went after her uncle in no uncertain terms, with the psychologist calling him "a “psychologically deeply damaged man” who will "not get better."

Mary Trump, whose book Too Much and Never Enough: How My Family Created the World’s Most Dangerous Man, has roiled the White House after selling close to a million copies on the day it was released, got right to the point with host Cuomo, saying the president's attacks on her didn't bother her at all and that the president needs psychological help.

“You know who he is at his core when there is no camera around and the people who have been around him in his formative stages. Give some context to me about what that means to you as a clinician,” host Cuomo asked.

“The simplest way I could put it, which may be one of the more effective ways to put it is that Donald is a psychologically deeply damaged man based on his upbringing and the situation with his parents. He is not going to get better, and he is without question going to get worse,” she replied, later elaborating, "I think, you know, a lot of people have diagnosed him and, you know, without knowing him personally but, you know, there is plenty of evidence to support some of those diagnoses. He’s untreated, he’s not interested in being treated, he has no insight, he has no psychological awareness of his situation and, again, one of the most devastating things is that people who claim to care for him aren’t helping him. If they truly cared for him, the last place in the world they would want him to be is in the Oval Office. And yet they do nothing.”

“He’s been this way since he was a teenager at least," she continued.  "So it’s not as if there is new evidence to support the diagnosis. But again, I think that when you’re looking at somebody’s pathologies, it’s not just how they come across, it’s also how it affects them and their day-to-day functioning. So although, again, that’s also hard to suss out, because he’s, as I say in the book, institutionalized to some degree."

"He’s protected by the fact that he doesn’t really to need to live in or support himself in the real world,” she added, hammering home the point.