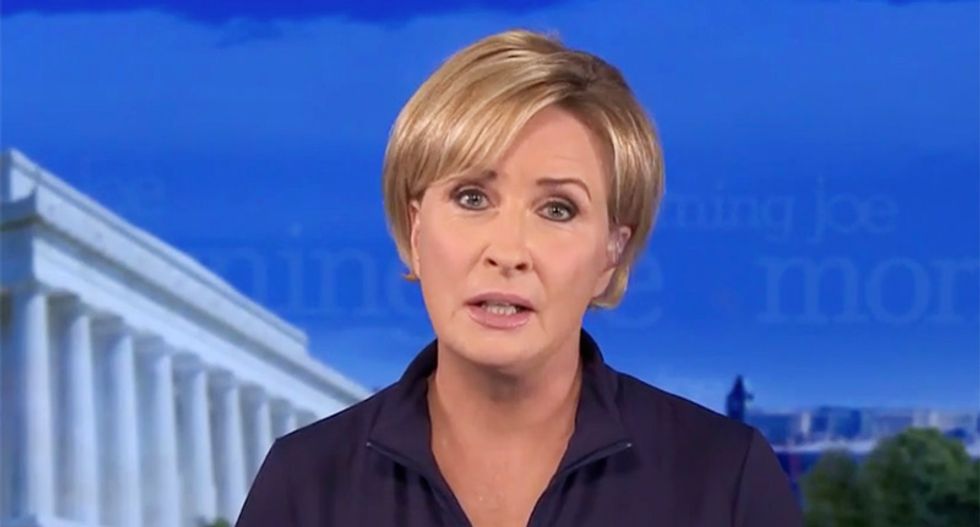 A panel discussion on MSNBC's "Morning Joe" about the explosion of COVID-19 infections in Florida ended when host Mika Brzezinski said the rising tide of victims -- particularly among the elderly -- could be the tipping point that seals Donald Trump's electoral defeat in November.

Criticizing the president for wanting to go forward with the Republican National Convention in Jacksonville, the MSNBC host warned the president that he is still not taking the pandemic seriously and it will like cost him Florida where, polling shows, he already trails Vice President Joe Biden.

"There's a lot of fear about the schools opening," the host explained. "I think, you know, if someone was advising the president and wanted to try and instill in him understanding why they may want to do more intense mitigation in Florida, talk to him about it from a political point of view."

"Florida has a lot of seniors, a lot of cases will mean a lot of deaths and a lot of those deaths could be seniors who are scared they would get the coronavirus and die," she elaborated. "If you look at the latest poll, Joe Biden is up 6 percent in Florida. As [the late] Tim Russert said, 'Florida, Florida, Florida -- can't win without Florida.' And according to the CBS News/ YouGov poll, Donald Trump is losing in Florida."

"His response to the pandemic really seems to be playing out here in these polls," she added before cautioning, "It might be good for the president politically to step up on fighting the pandemic."