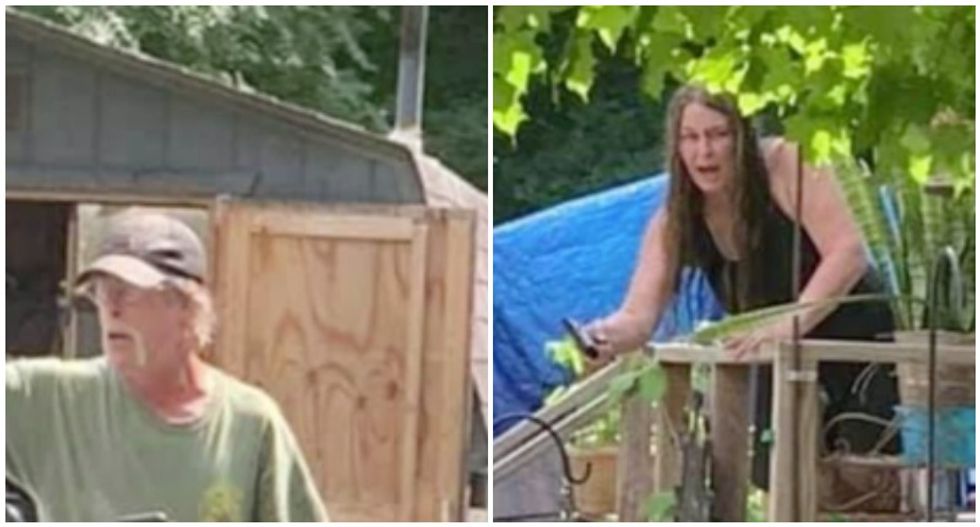 A New York couple pointed guns at protesters marching past their house during a Black Lives Matter rally, and activists want them to be charged.

Protesters were nearing the end of their parade route when a white man came out of his home shouting obscenities in an apparent attempt to incite the group, and then yelled to his wife to get his gun, reported WNYT-TV.

Hudson Mayor Kamal Johnson, who took part in the march, said the woman came back outside and started waving the gun around.

State police were already at the scene to watch over the demonstration, and Johnson said troopers followed the woman into her home and returned with a gun.

The man and woman were placed inside a patrol car, but Johnson wondered why they weren't handcuffed.

Johnson asked an officer why the couple wasn't being charged, but he said the officer refused to answer and did not say whether the gun was illegal.

Some activists have pressed charges against the couple, whose names have no been released.

“We had several, several protesters who pressed charges for the menacing that they went through," said activist Lukee Forbes. "We also had several videos and pictures delivered to the police officers, and yet they tell us that they’re still doing an investigation."

The incident remains under investigation, according to police.