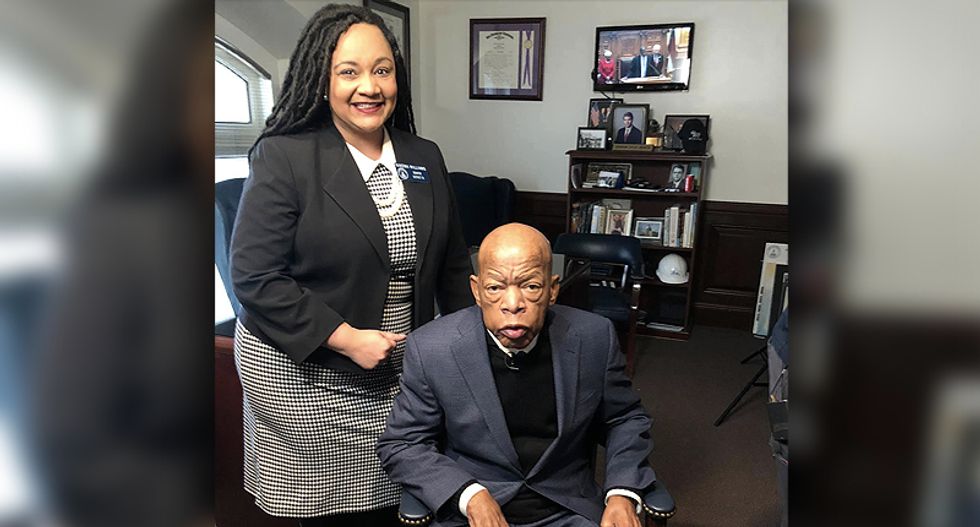 It was announced Monday that Nikema Williams will replace Rep. John Lewis (D-GA) on November ballot in his Georgia Congressional District.

Lewis lost his battle with pancreatic cancer on Friday. As civil rights leaders, Democratic allies and progressive activists mourn the loss of an icon, the Georgia Democratic Party was forced to find another option for November, reported the Atlanta Journal-Constitution.

Party chairwoman Nikema Williams was the choice. She is a state senator who has "framed herself as a protégé of the civil rights giant," said the AJC.

"Williams is seen as a virtual lock to win the Atlanta-based district, which is so heavily Democratic that Lewis often drew only token Republican opposition since he won the seat in 1986," said the report. "She will face Republican Angela Stanton-King, an ally of President Donald Trump, in November."

“We need someone who is not afraid to put themselves on the line for their constituents in the same way Congressman Lewis taught us to do,” she said in a Zoom call with the state party’s executive committee.

While she won an overwhelming vote of the committee, some are questioning the transparency of the process to select Lewis' successor. The hurried process was among party insiders rather than a public election. However, the Georgia primary has come and gone, selecting candidates on June 9 and the party had until 4 p.m. on Monday to name the candidate.

“He believed very strongly that the people who represent the citizens should be elected by the citizens,” wrote Michael Collins, a former top aide of Lewis’. “And that a free and fair election, where all individuals have a level-playing field, is in the best interest of our democracy.”

It's for that reason that some are calling on a kind of "place holder" candidate who can be in the seat until the next primary election.

Read the full report from the AJC.