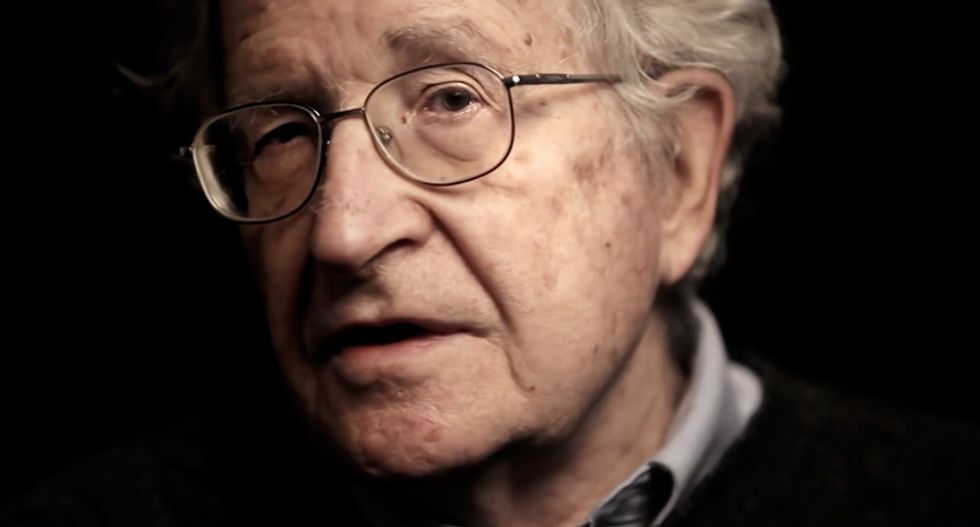 Neoliberalism has been blamed for a variety of problems in the world, from rising income inequality to the lingering effects of the Great Recession. And according to left-wing author/professor Noam Chomsky, neoliberalism has also made the coronavirus pandemic deadlier than it had to be.

In an interview with journalist Elena Matsiori for the English-language edition of the Greek daily Kathimerini, Chomsky laid out some reasons why he believes neoliberal economics have worsened the effects of COVID-19 — which, according to Johns Hopkins University researchers in Baltimore, had killed more than 539,000 people worldwide as of Tuesday morning, July 7.

“The pandemic is a vivid illustration of the great damage that the neoliberal era has done to the large majority of the population,” the 91-year-old Chomsky told Kathimerini. “We should, however, have no illusions about belief in markets or homo economicus. The core principle of neoliberalism is to shift decisions from governments, which are, to some extent, subject to public influence, to private tyrannies that are completely unaccountable to the public — and according to neoliberal doctrine, must be devoted solely to self-enrichment.”

Chomsky added, “It is not profitable to prepare for future catastrophes. That leaves government, which is, in fact, responsible for the basic work in developing most vaccines and drugs. But that is blocked by neoliberal doctrine.”

Chomsky explained that the SARS epidemic was a warning sign that should have been heeded 17 years ago.

“In 2003, after the SARS epidemic was contained, scientists warned that another coronavirus epidemic was likely and outlined ways to prepare for it,” Chomsky recalled. “But knowledge is not enough. Someone has to act on it.”

During the interview with Kathimerini, Chomsky also discussed the state of the European Union and the rise of far-right authoritarians such as Hungary’s Viktor Orbán.

“The future of the EU is very much at risk in many ways,” Chomsky told Kathimerini. “The EU itself is founded on the principle of undermining of democracy, with basic decisions shifted to the unelected Troika. But the flaws go well beyond, as the pandemic reveals.”

Another problem that neoliberalism is aggravating, according to Chomsky, is climate change — which, he emphasized, is even more dangerous than COVID-19.

“There will be recovery from the pandemic, at terrible cost,” Chomsky told Kathimerini. “There will be no recovery from the melting of the polar ice caps and the heating of the world that may lead to much of it becoming literally uninhabitable even before the end of this century, all with consequences that are unimaginable. As in the case of the pandemic, here too, the logic of capitalism is at work. And here too, its threat to the survival of humanity is sharply intensified by malignant elements at the center of global power.”