'On the golf course -- I gotta go': Republicans wimp out after being confronted with Trump's call to delay elections 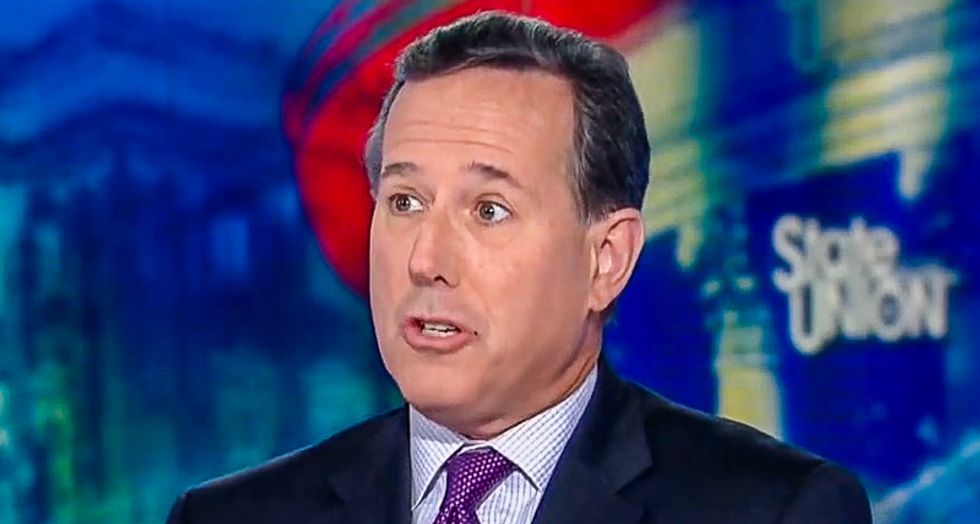 After President Donald Tweeted that he wanted to put off the election, it became clear that not only was it not going to happen, but even Republican officials were against the idea. At least, some of them were, others were far too busy to speak out against the unconstitutional plot.

Rick Santorum, a former Republican senator and CNN pundit, was among those who couldn't be bothered.

“I’m on the golf course. I gotta go," he told the New York Times.

Sen. Joni Ernst (R-IA), who is in a difficult reelection bid, also couldn't take a moment to indicate whether she supports stopping the election.

"Not answering any questions," she told CNN's Manu Raju.

“The election is going to be held in November. Absentee ballots in North Carolina are strongly encouraged, as has the president encouraged them," said Tillis.

#BREAKING: @senatemajldr just told me over the phone that the election date is set in stone. He cited past crises t… https://t.co/6iMZlObBDR
— Max Winitz (@Max Winitz) 1596123153.0

Rep. Kelli Ward (R-AZ) wasn't informed because she was in the Fox New bubble: “I haven’t seen anything because I was on ‘Fox and Friends.'"

Rep. Andrew Hitt (R-WI) refused to speak on the record: “I haven’t seen it. I would be happy to talk off the record.”

Rep. Terry Lathan (R-AL) gave Trump a pass on the statement, claiming it was just a suggestion, not a demand. “The president was asking a question on this topic, not making a statement."

More will likely follow, proudly proclaiming to the world that they have somewhere else to be and can't possibly comment.