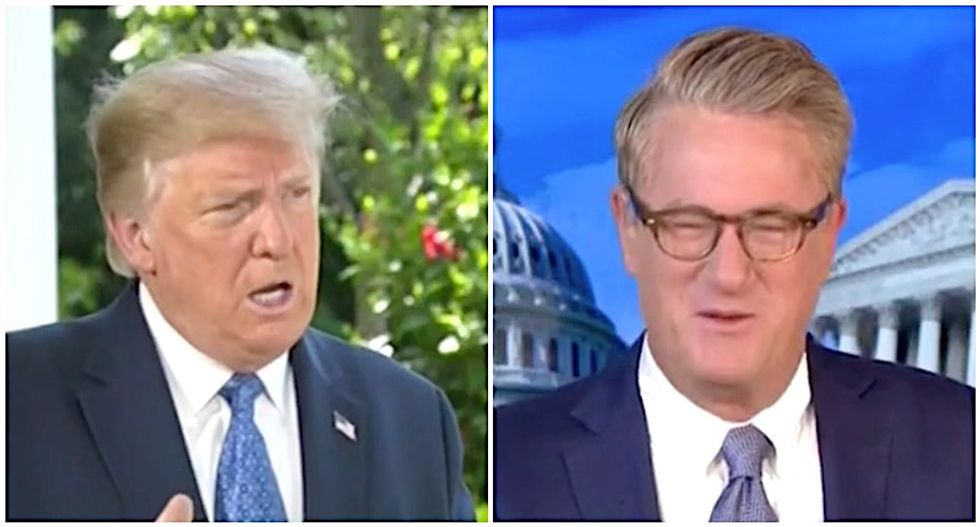 The president told Fox News medical analyst Dr. Marc Siegel that he got "extra credit" on the test, which screens for early signs of Alzheimer's disease, by correctly listing five words in a row.

"This is obviously not the top news story of the day," Scarborough said, laughing. "We'll get to the top news story. But my mom has dementia, she would take this kind of test. It certainly has its importances, but Donald Trump goes back and brags about how he can say five words in a row, and he talks about how tough the final questions on this test are, [that] it starts easy but then it gets tough after you have to say what an elephant is."

"You go down, and at the end of the test which he says is so difficult," Scarborough added, "he wants -- what's the day? What month are we in? What year are we in? What place are you in? What city are you in? And then, subtract seven from 100. I mean, it just is -- you know, what do banana and orange have in common? What are they? Again, he spent how long -- we'll get to our top story in a second here -- but we didn't talk about this before, but he keeps obsessing over taking a test that is given to Alzheimer's patients. It is a bizarre, bizarre thing."

Co-host Willie Geist joked that it was a "weird flex," and Scarborough agreed.

"Maybe this is what he considers to be one of his great accomplishments over the past four years," Scarborough added.