People are thankful that Trump is staying far away from John Lewis' funeral: 'No one wants you there' 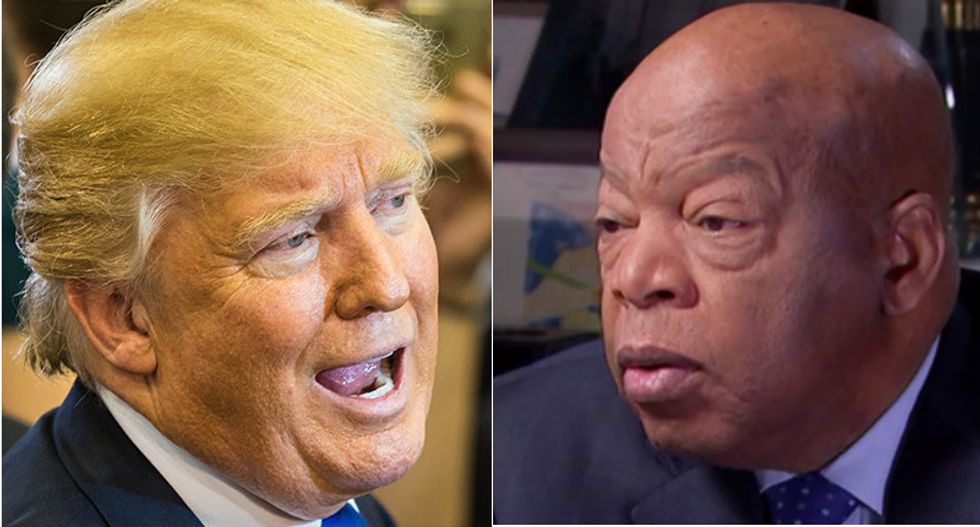 Most presidents would be welcomed to a non-partisan funeral celebrating the life of a civil rights icon. Trump has proclaimed that he isn't going to Rep. John Lewis' (D-GA) funeral.

It was a comment that didn't surprise most as Trump isn't exactly known for being a supporter of the late congressman. Nor is the president a fan of any protesters demanding equality, regardless of the group that asks for it.

See the comments about Trump below:

Donald Trump will not direct White House and executive departments/agencies to honor John Lewis during remembrance… https://t.co/yYVrjkMIhU
— A Worried Citizen (@A Worried Citizen) 1595872843.0

@AliVelshi Just as well. If @realDonaldTrump had visited, it would be so disingenuous that afterward he would have… https://t.co/Ep31BYGHyW
— Harry Flaxseed (@Harry Flaxseed) 1595875001.0

@MichaelSteele Trump is not worthy of being in that room wherw John Lewis lies
— susan driggars (@susan driggars) 1595874996.0