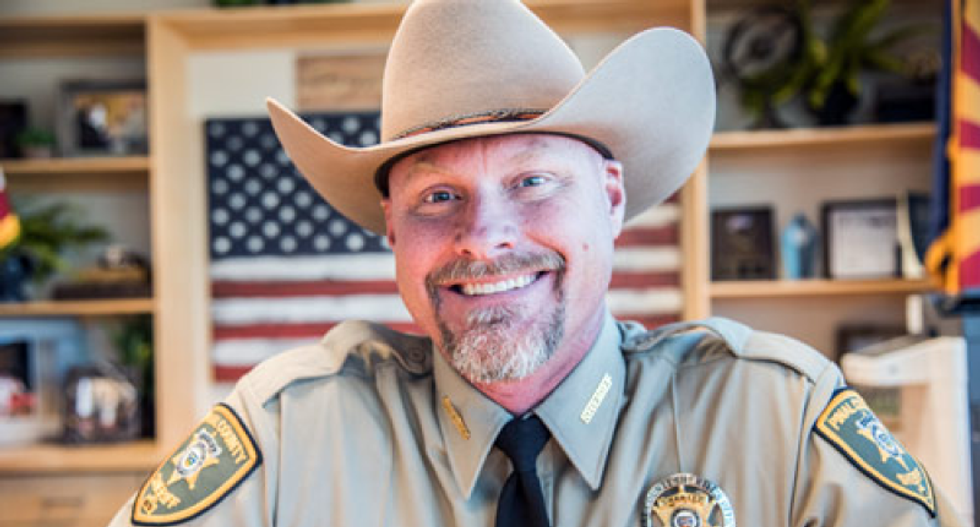 A number of sheriffs are refusing to enforce coronavirus mask orders and lockdowns, and now some of them are becoming infected with the potentially deadly virus.

Their defiance of statewide orders echoes the right-wing "constitutional sheriff" movement whose adherents refuse to enforce gun laws, and is based on the fallacious claim that county sheriffs are the highest constitutional authorities in the nation, reported The Guardian.

“The Constitution trumps everything," said Sheriff Tracy Murphree, of Denton County, Texas. "When people are told to do something that violates their civil rights, it invites chaos and protest."

“I can tell you this – I am not the mask police," said Richard Jones, of Butler County, Ohio. "I am not going to enforce any mask-wearing. That is not my responsibility, that is not my job. People should be able to make those choices themselves."

At least 60 sheriffs -- many of whom previously defied gun laws -- have publicly stated they would refuse to enforce COVID-19 orders, and at least one of them has subsequently tested positive for the virus.

“I’m glad I found out that I had it,” said Sheriff Mark Lamb, of Pinal County, Arizona, who tested positive at the White House ahead of a meeting with President Donald Trump.

Lamb believes he was infected at a meet-and-greet with hundreds of supporters, after he spoke to Fox News about his defiance of Gov. Doug Ducey's extension of stay-at-home orders.

A Florida sheriff announced Friday that he had tested positive for COVID-19 after refusing to enforce mask orders.

“I am encouraging anyone who is not feeling up to par to get tested," said Volusia County Sheriff Mike Chitwood. "I have no idea how I contracted this and that is a lesson in itself: Anyone can catch this."

A defiant sheriff in California changed his tune on mask orders after cases surged in his county.

Two months before the spike in his county, Warnke claimed on Facebook that Gov. Gavin Newsom ordered the public safety measures to make residents "dependant [sic] on government assistance so he could maintain this control once this 'pandemic' is declared over."

The Guardian reports that another defiant sheriff in California had tested positive for the virus, but it's not clear which law enforcement official had become infected.