‘So are white people’: Trump lashes out at reporter’s ‘terrible question’ about Black Americans being killed by cops 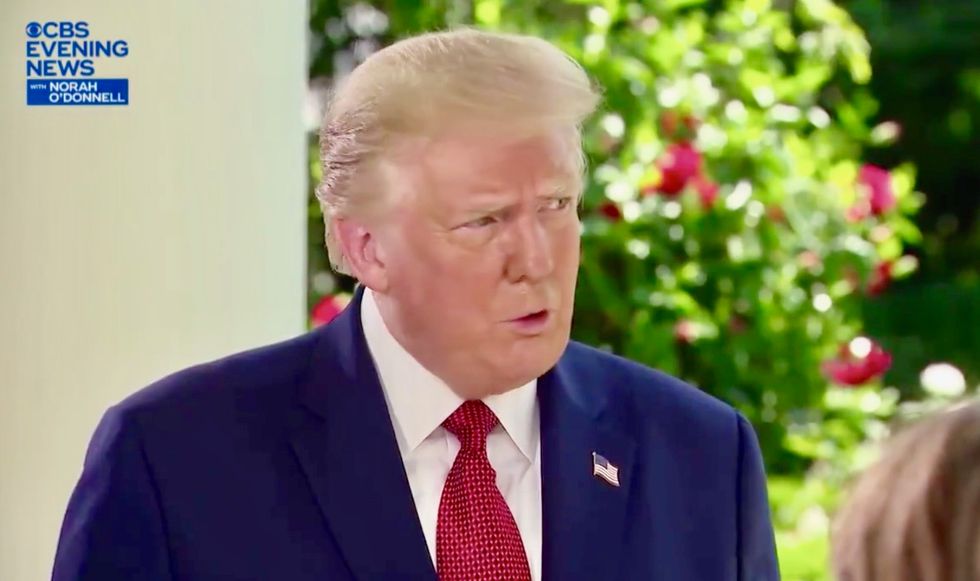 President Donald Trump lashed out at a CBS News reporter Tuesday afternoon, calling her question about Black Americans being killed by police “terrible.” He then repeatedly insisted that white people are also being killed by law enforcement, suggesting because of that it isn’t a problem.

“You said George Floyd’s death was a terrible thing,” CBS News senior investigative correspondent Catherine Herridge told the President in an interview outside the White House. “Why are African Americans still dying at the hands of law enforcement in this country?”

“What a terrible question to ask,” the president added, as he often does when speaking with reporters who are women. “So are white people,” he said for the third time, as if he were personally offended.