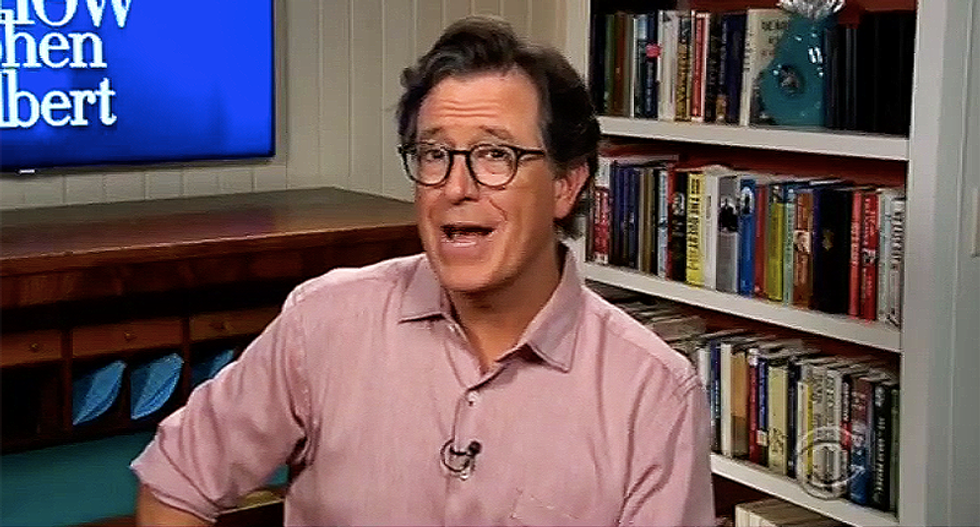 President Donald Trump has launched a series of false ads on "crime," saying that in Vice President Joe Biden's America, there will be no police.

While future Trump ads may claim that with Biden the world will also have no puppies, kittens or rainbows, "Late Show" host Stephen Colbert blasted the president for basically copying the plot from the film "Home Alone" to scare the elderly.

"Trump is talking about the coronavirus again because he's desperate," Colbert explained. "Right now the only thing rising faster than the number of COVID cases are the odds that Joe Biden is going to be president. Because, as it turns out, voters want you to care if they live or die."

He explained that Biden is stealing away Trump's suburban vote along with the vote of seniors who don't want to sacrifice their lives for his economy. So, Trump has launched an ad campaign claiming that with Biden, they will face rising crime and falling home values. However, that's only if they make it through the coronavirus pandemic.

In a speech last week, Trump said that people have worked their whole lives to get into the suburbs only to "watch it go to Hell."

"Go to Hell?" Colbert asked. "We've been boarded into our homes for months afraid to touch our groceries or each other, only leaving to wait in long, socially-distanced lines so someone can shove a cotton swab into our brains. This is Hell!"

Colbert then showed Trump's false ad featuring an elderly woman watching Fox News's Sean Hannity where the host incorrectly quotes Biden saying he wants to "absolutely defund the police." The "yes, absolutely," was from an interview Biden did where he said he wanted social workers to get greater funding for our communities.

But it was Colbert's version of the ad where he spliced pieces of "Home Alone" together that truly illustrated the lack of creativity on the part of the Trump ad team. In the end, the elderly woman is no match for Macaulay Culkin's clever hijinx.