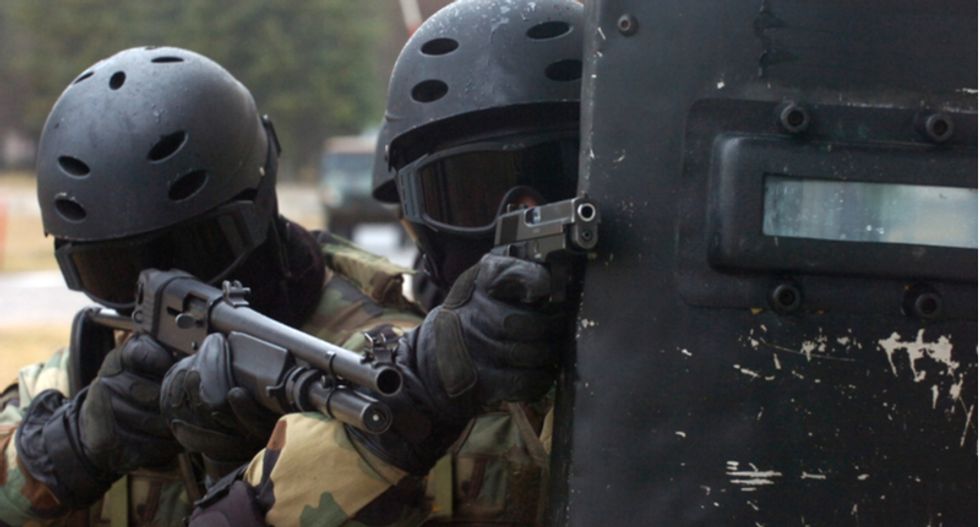 A nearly five-hour standoff came to an end in Ohio this Sunday after a SWAT team fired tear gas into an Akron apartment building, flushing out 60-year-old Dwayne Keller.

According to the Akron Beacon Journal, police were initially called when Keller yelled the N-word and “Black boy” at two African American men working on a car in the parking lot below his balcony. He then brandished a handgun and draped a Confederate flag over the railing on his balcony.

The disturbance reportedly started when Keller offered to sell the men some tools -- an offer the men turned down. Irritated, Keller later told the men to move the car they were working on. When the men said they just wanted to get the car fixed as soon as possible, Keller began hurling racial slurs. That's when he pulled out his handgun and cocked it.

“He cocked it then and said, ‘Hey, I got something else for you,’” one of the men told the Journal. “And he returned with a Confederate flag.”

When police arrived, Keller initiated a standoff, only to surrender about five hours later when police used teargas.