President Donald Trump's supposed "new tone," despite what some reporters claimed after his newly-resuscitated coronavirus press briefing, does not exist. On Thursday the embattled president launched a massive rapid-fire retweeting campaign, posting tweet after tweet after tweet of other people's attacks on the left and on presumptive Democratic presidential nominee.

In 59 minutes Trump tweeted or retweeted 40 times, many of all the tweets baseless attacks on Biden and progressive policies.

What stands out is the President, supported by the entire machinery of the United States of America's federal government, and buoyed by hundreds of millions in campaign cash, had no original thoughts of his own to share with the American voters.

The real Trump, if there is one, lives on Twitter.

He's not reinforcing this supposed presidential "new tone," because it does not exist.

He's not advocating for masks, because he does not believe in them.

He's barely even talking about the coronavirus pandemic, because he does not care.

Here's a small sampling of Trump's tweets from today, exposing what he really cares about, and thinks will hurt Biden. 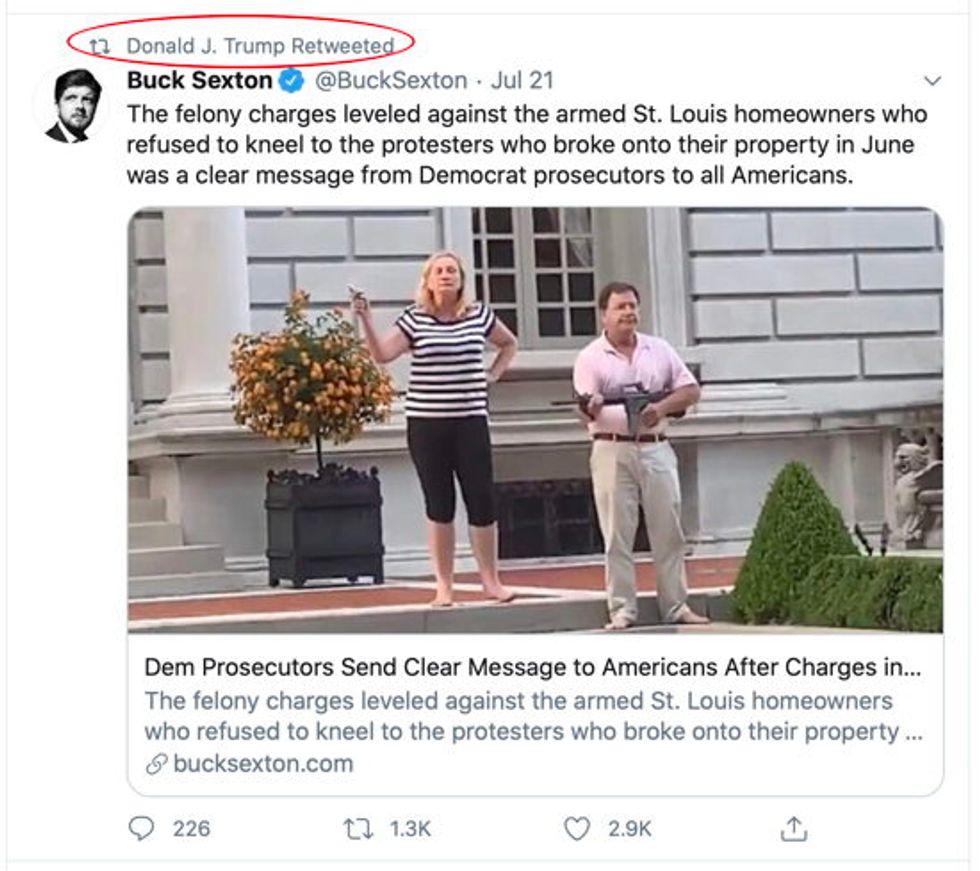 "Cancel culture," aka not wanting to be held accountable: 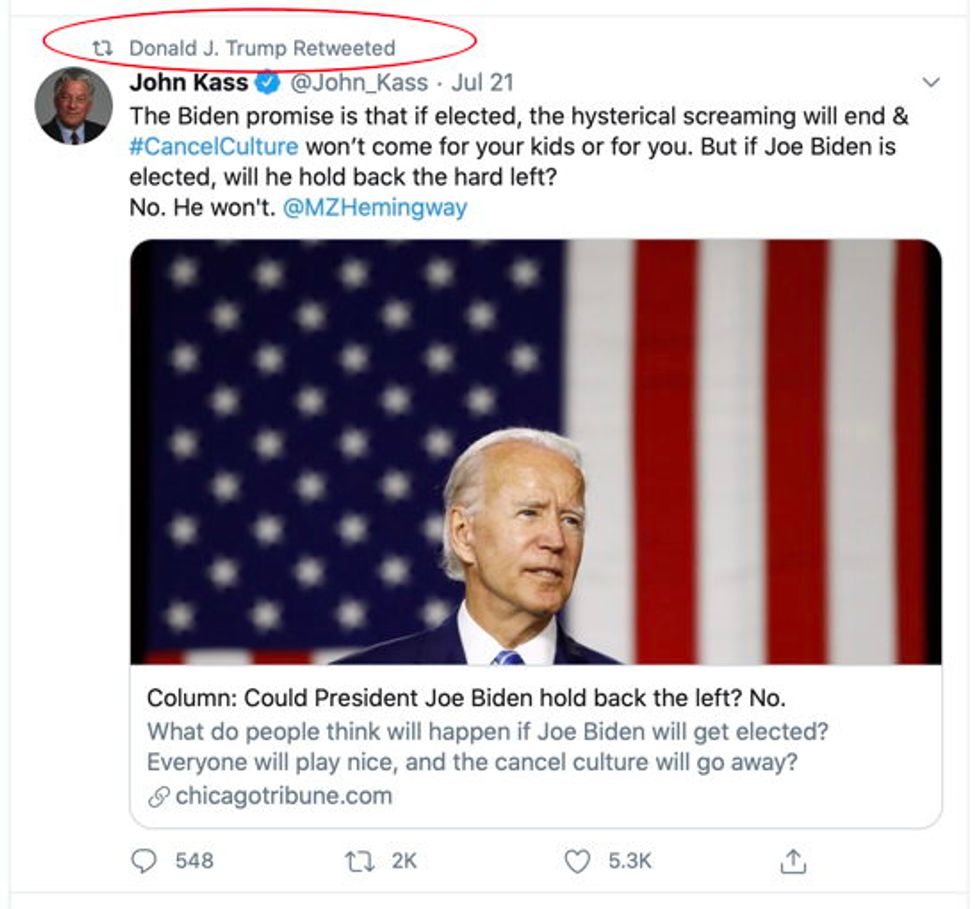 Attacking Portland mothers who are standing up to protect people protesting about police violence: 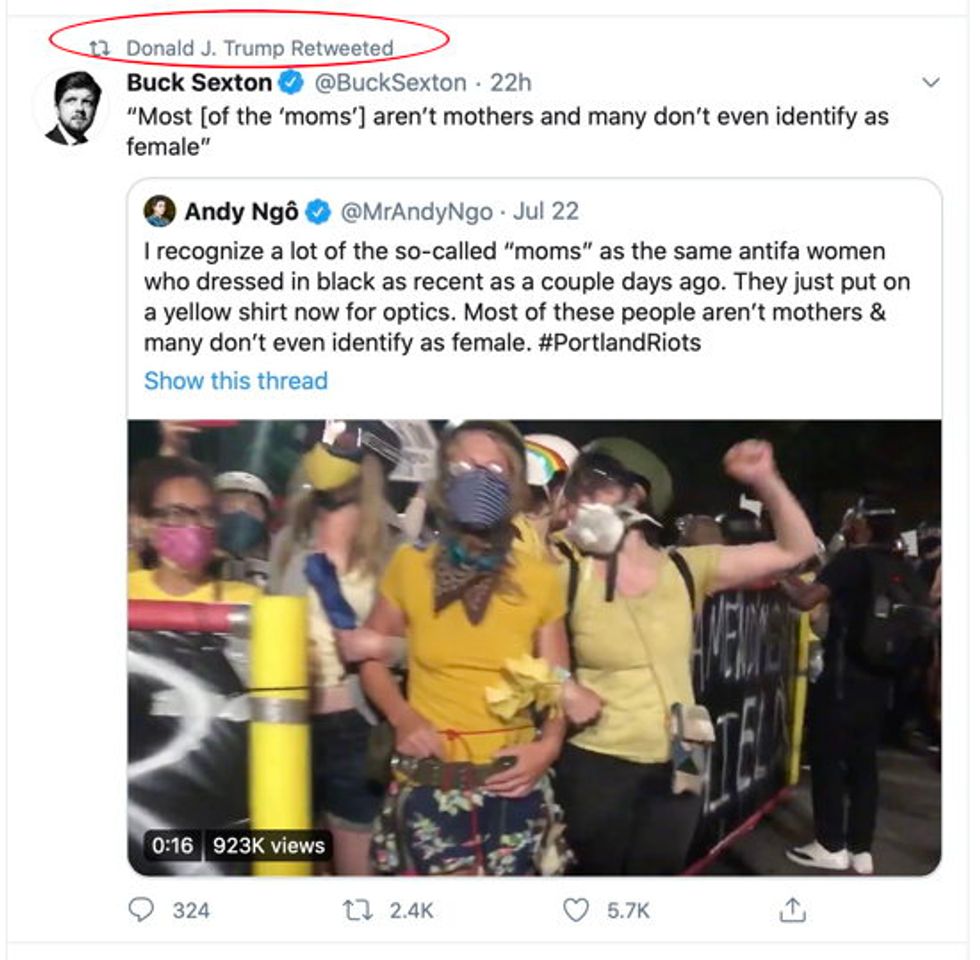 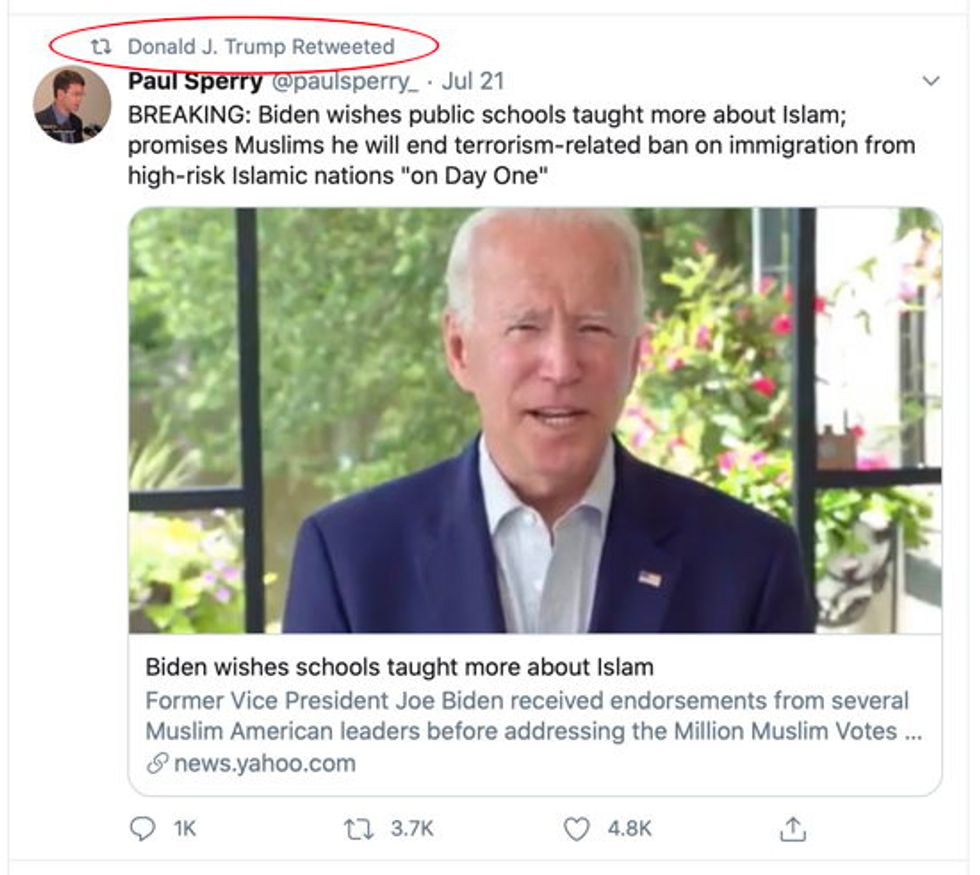 But not matter what, not this one: 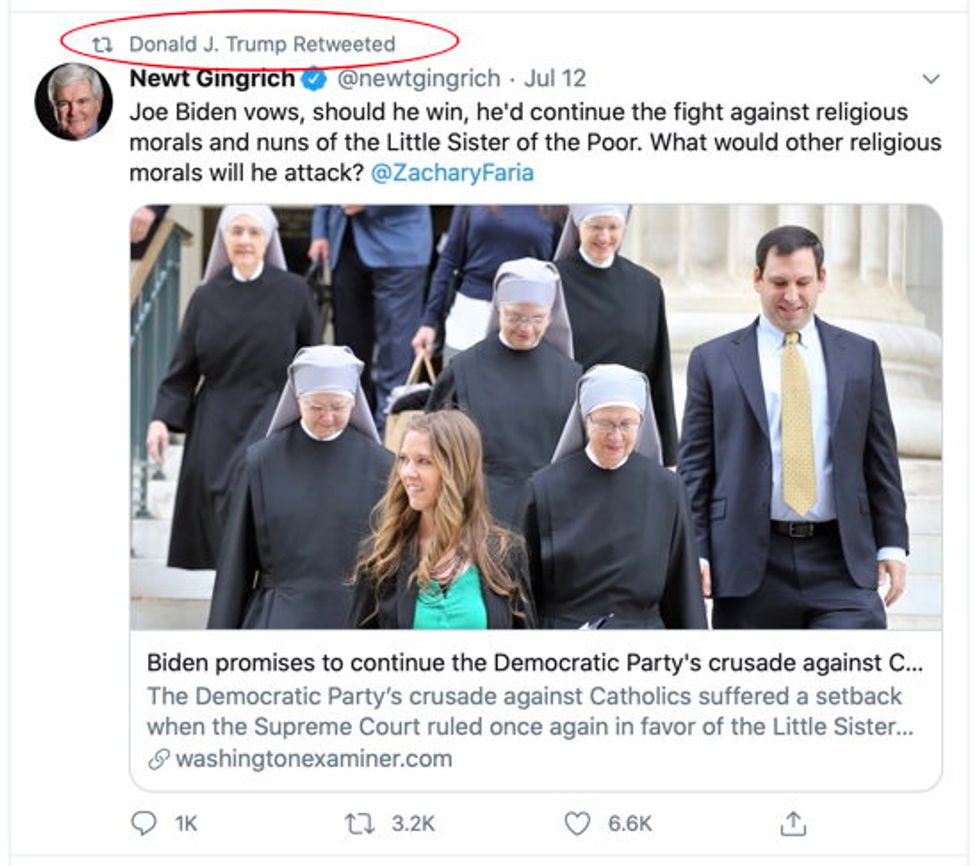 Defending his secret paramilitary police force occupying Portland, and claiming this is not "paramilitary." 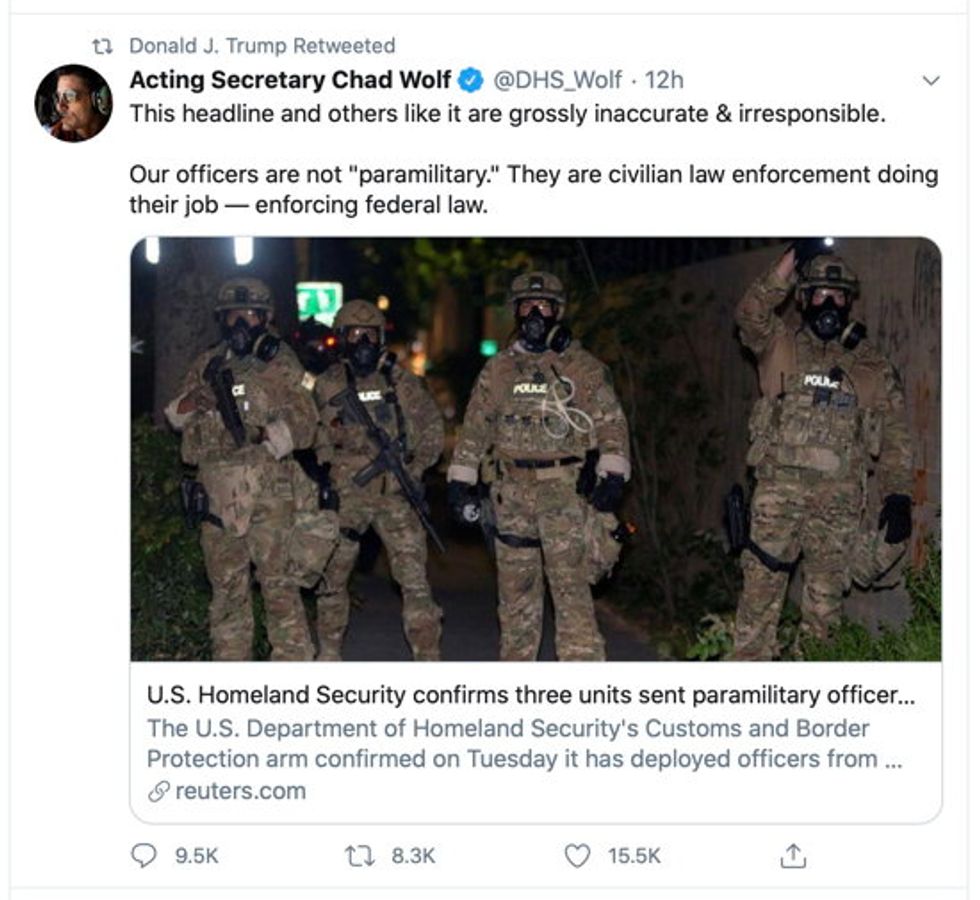 Trump is literally campaigning on the backs of his base – but has no plan, no thoughts of his own.