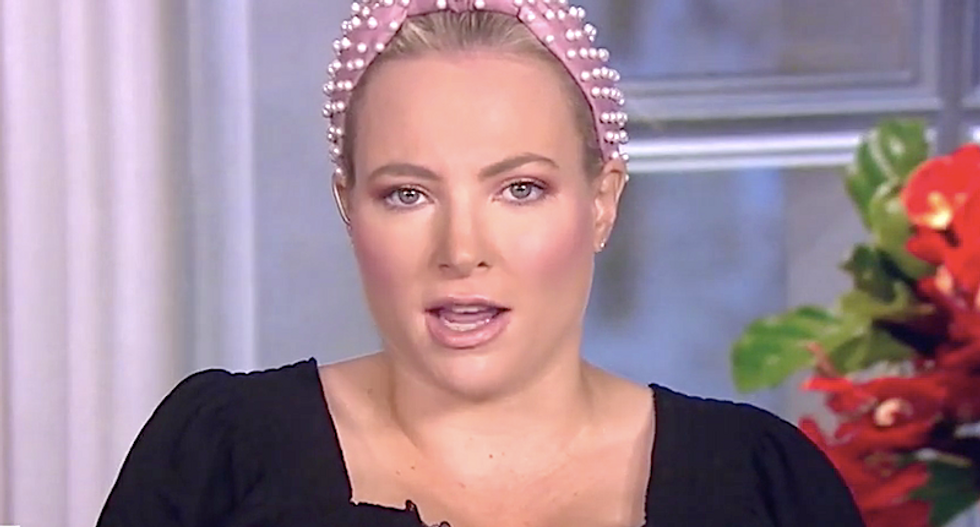 The president was friends with Maxwell, who is accused of supplying girls to Trump friend Jeffrey Epstein to abuse, and during Tuesday's coronavirus briefing, he wished her well in her trafficking and abuse case.

"I'm not a conspiracy theorist by nature, but what is going on that you have something nice to say about this person that's being accused of some of the most egregious crimes that a human being can be accused of?" McCain said. "There's a lot of conspiracy theories with Epstein and her and their power connection. It's the first time I ever thought, like, wait -- what is your connection to her? Which I always thought up until this point was nothing. We're talking about this, or I'm talking about this and not the coronavirus."

Co-host Sunny Hostin noted that Trump had the power to pardon Maxwell, who's being held without bond on six counts related to her involvement in the Epstein sex abuse case, but McCain said it shouldn't have been difficult to avoid defending her.

"How hard is it to say she's an alleged pedophile pervert?" McCain said. "I hope she rots in jail if that's accurate. It's not that hard."