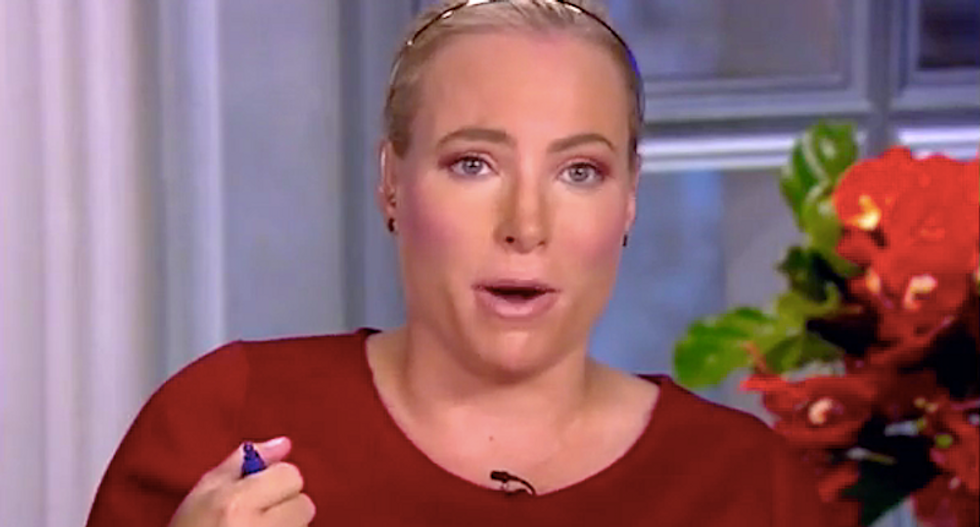 The disagreement started in Monday's opening segment, when Behar claimed Republicans didn't care about education and McCain objected to the broad-brush criticism of her political party, and then bled into the second segment.

"I want to make one thing clear," Behar said, during a discussion of the White House turning on Dr. Anthony Fauci. "When I speak about Republicans, Meghan, I'm talking about the leadership in Congress, I'm not talking about the run-of-the-mill Republican voter. So do not say that to me again, okay?"

Then she launched a partisan attack on her own.

"Fairfax County is used as an example of one of the worst examples of public schooling and how they've handled this crisis and how they've handled remote learning in Virginia, and that's with a Democrat running it," McCain said, as Behar tried to interject. "All I want is for us at this show to lead by example and not be part of the problem and come in being accusatory."

Behar kept trying to respond, but McCain ran roughshod over her attempts.

"When you attack Republicans in power, you are attacking their voters, and it's going to help him get re-elected, Joy," McCain said.

Goldberg grew increasingly frustrated by their off-topic argument, and finally put a stop to the dispute.

"I swear to God if you don't stop, I'm going to take us to break again," Goldberg said.

"I didn't bring this up," she said. "We were moving onto another topic. Joy brought it up."