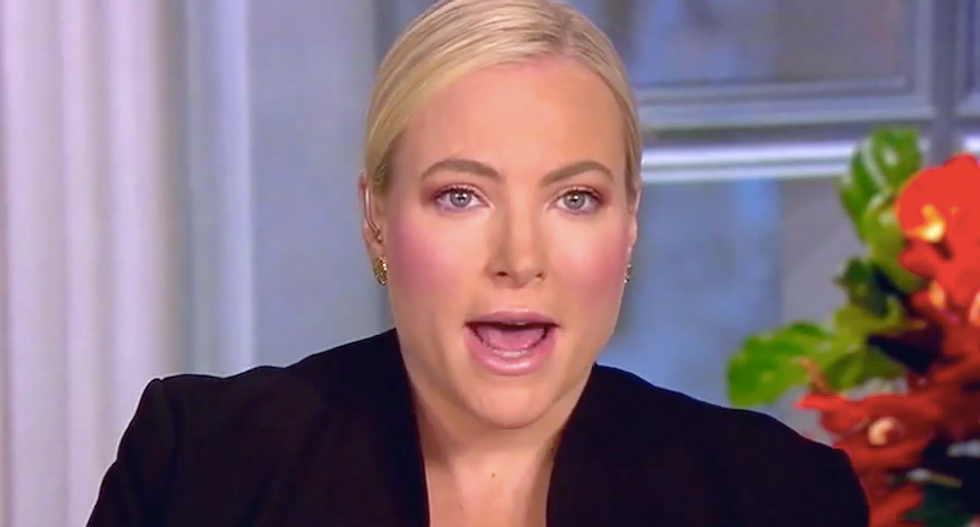 The conservative McCain praised Fox News anchor Chris Wallace for holding the president's feet to the fire, and she argued that showed her former employer was not the Republican propaganda network that critics say it is.

"This was the first time I have seen President Trump squirm, and he's not feeling as confident as we have seen him in the past," McCain said. "Clearly he understands how bad these poll numbers are, and I think it's also a great example why Fox News is so important. No other interview would probably have gotten this kind of access, and I think sometimes, especially on this show, we talk about Fox News in a sweeping blow like they're all just sycophants to President Trump. Chris Wallace is no sycophant, and he did a great job."

Host Whoopi Goldberg was struck by White House press secretary scrambling to find documents to back Trump's claims -- and usually being unable to offer solid evidence -- and McCain noticed the same thing.

All the panelists agreed that would be the last time Trump agreed to an interview like that.

"It's going to be Sean Hannity from here on out, ladies," McCain said, laughing.