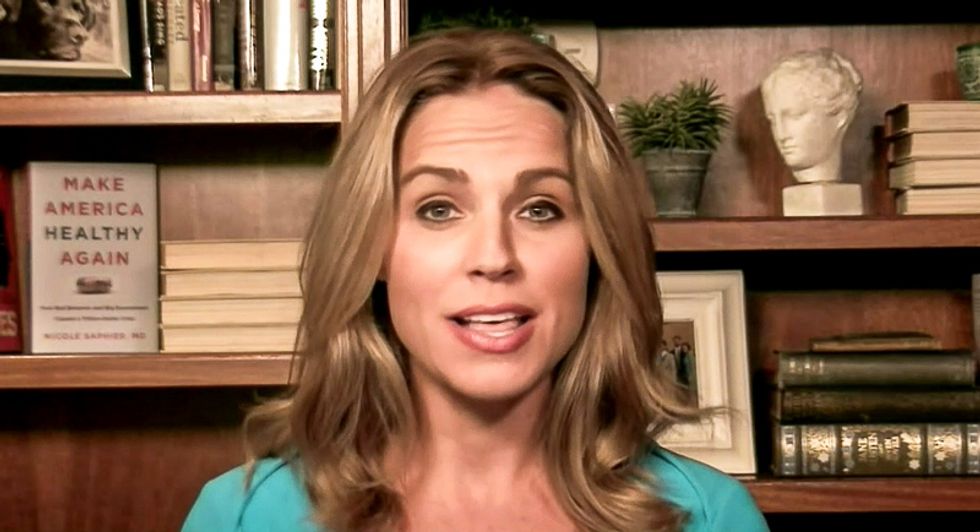 She didn't quite answer the question, but called the decision to move the re-election rally outdoors "great messaging."

"It's great messaging to be moving these rallies outdoors," Dr. Saphier, who is not a virologist or immunologist, but a radiologist, told Fox News' Ainsley Earhardt. "Virus transmission is markedly decreased when you move outside."

President Trump is a fan of the doctor.

"Great messaging, great idea, move outside, give out hand sanitizer, encourage mask-wearing if you can't maintain 6 feet. That being said, Ainsley, New Hampshire is one of the lowest percent positive cases, and if you have a lot of people traveling there it is possible that they could be – that the interstate travel in itself may be promulgating some of the virus transmission and the spread."

She concluded by urging people to "stay vigilant,' and "pretend that you yourself have the virus, everyone around you does," and asked attendees to "maintain social distancing and hand hygiene."

Studies prove mask-wearing is the greatest action people can take to prevent the spread of the virus when not alone.

Dr. Saphier clearly is not a fan of masks.

Just three days ago she shared her feelings about masks on Twitter, defiantly insisting, "I refuse to accept wearing a mask is the new normal; this is TEMPORARY."

In her typo-laden tweet she appeared to call wearing one "nonesense."

But unlike her Fox News appearance, she did say clearly, "Avoid crowds."

Dr. Saphier is the author of "Make America Healthy Again."