Trump boasting about passing ‘very hard’ cognitive test should be a sign of trouble: Columnist 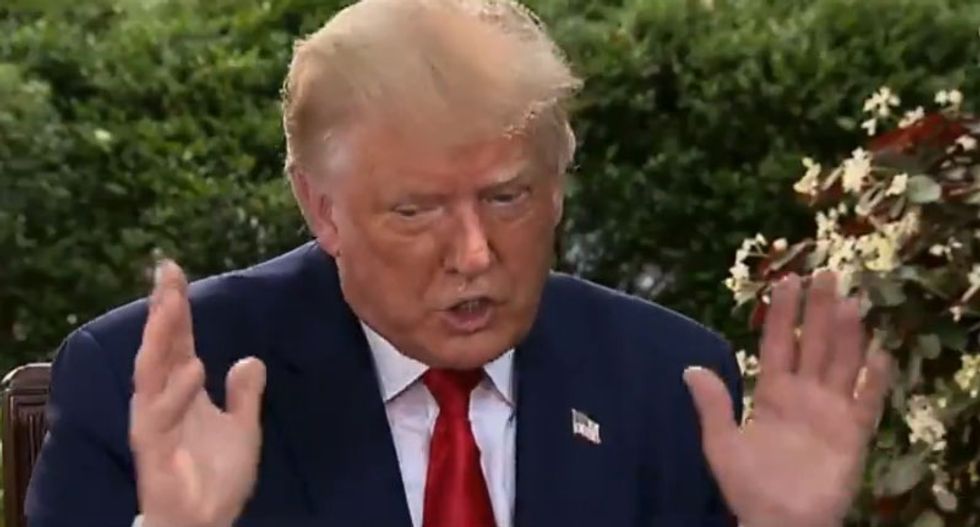 President Donald Trump has been bragging about passing a simple cognitive test -- and that should be cause for alarm, according to a columnist who recently took the same exam.

The president had been boasting about his results before Fox News anchor Chris Wallace challenged his claims, and Guardian columnist Max Benwell found Trump's claims troubling after taking the test himself.

"Trump is right about the start of the test being easy," Benwell wrote. "But when it comes to the last five questions, his claim that they’re 'very hard' is unsettling (although not surprising) in what it reveals about his relationship with reality."

The Montreal Cognitive Assessment is designed to help physicians detect early signs of Alzheimer's disease, and shouldn't be difficult for someone with no cognitive impairment, so Trump's boasts are weird, at best.

"For Trump to claim these are hard is worrying because for any cognitively healthy person, they shouldn’t be," Benwell wrote. "But before we start any armchair diagnosis, you have to weigh up two probabilities against each other. Is it really likely that he found the last five questions hard? Or is it more likely that he’s misrepresenting about how hard they were, in order to look 'smarter' than Joe Biden?"

Trump's claims about the test were alarming whether or not he's telling the truth, the columnist wrote.

"His prolific lying and self-aggrandizement, two things we have empirical evidence for, should be what worries us," Benwell wrote. "For, similar to his 'stable genius' claims, you’ve got to ask yourself: How many smart people brag about their supposed intellect so much, and in such a misguided way?"