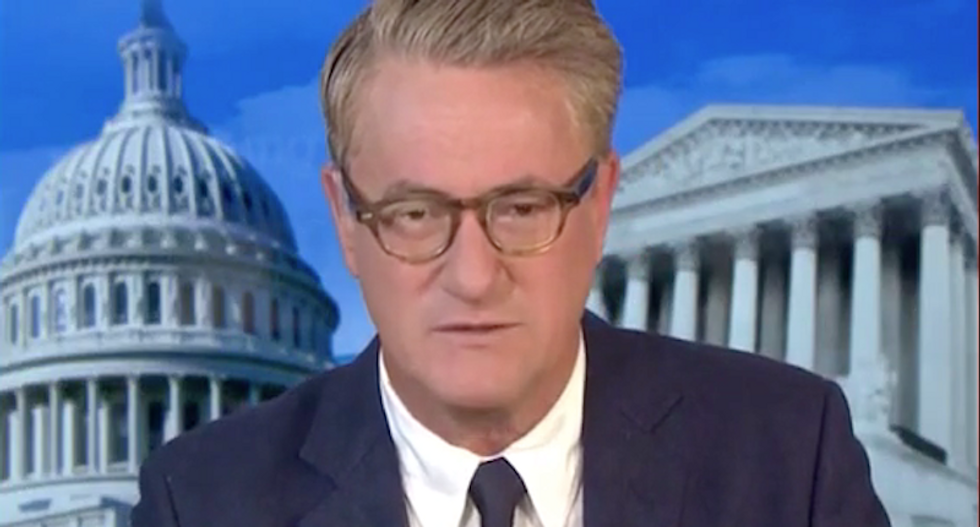 MSNBC's Joe Scarborough called out President Donald Trump for trotting out a new "racist theory" to explain the recent surge in coronavirus cases -- especially in states run by Republican governors.

The president pushed for states to reopen their economies back in the spring, and GOP governors in Florida and Georgia were among the earliest and most aggressive, but Trump on Wednesday blamed the explosion of new cases there on Mexico and Black Lives Matter protests.

"He has a new theory of the case, at least, and it is a racist theory that the coronavirus spikes that are being caused because people blindly following his lead have been contemptuous of wearing masks, social distancing, of stay-at-home orders has caused the spread in their states," the "Morning Joe" host said. "But he's blaming black and brown people, blaming Black Lives Matter protests, when it's interesting that New York City, the epicenter of the protests, the lowest [case totals] since March 18."

"In New York City, where we saw protests nonstop, hospitalizations are the lowest since March 18," he added. "Nine deaths, compare that to Florida and other states. So, of course, that's one part of the lie, and the second part of the lie is so preposterous I'm surprised Stephen Miller could pass it on with a straight face, and that is that Ron DeSantis' mistakes are the blame of Mexico. This is his new theory, this is his new caravan theory -- let's blame this not on my stupidity, Donald Trump's stupidity, let's not blame this on Ron DeSantis' short-sightedness. Let's not blame it on Brian Kemp's anti-science, anti-medicine views. Let's blame it on black and brown people."