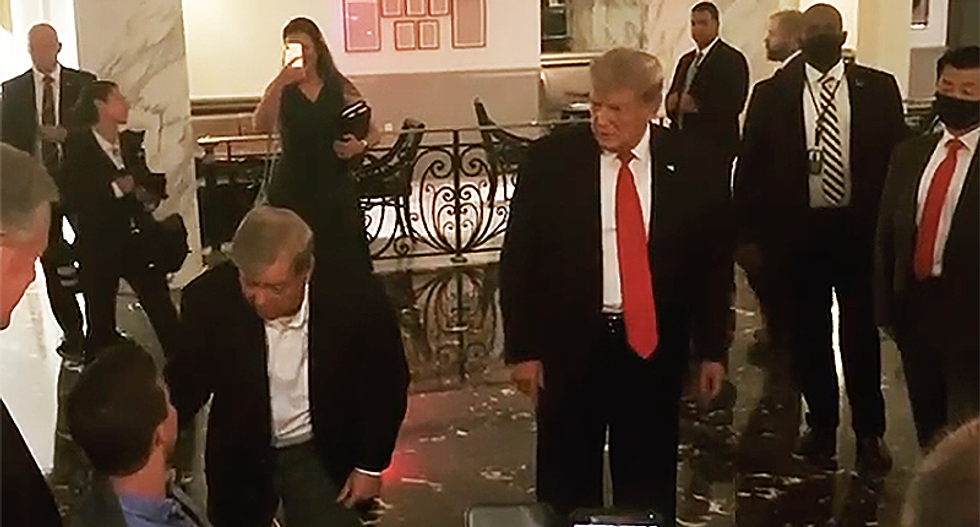 Washington, D.C. has a mandatory mask order that is for all public locations, even apartment hallways and lobbies. So when Trump was captured on video in the Trump International Hotel in Washington without a mask, it prompted local authorities to question the president's actions.

According to the Washington Post, "the investigator found no violations at the time of the visit, but the agency pledged to continue monitoring the hotel,"

Mayor Muriel E. Bowser ordered people to cover their faces in the spring, even in lobbies and common areas of hotels, and to maintain a six-foot distance from others.

The video shows that Trump ignored the order, along with multiple guests standing near each other in the lobby of Trump's hotel.

ABC News reported Tuesday that Trump's D.C. hotel isn't the only one. Many of his hotels across the country have ignored face-covering mandates.

"A Facebook invitation for a birthday party scheduled for Saturday at the D.C. hotel featured a 'NO MASKS ALLOWED' disclaimer," said ABC. By Wednesday, the digital invitation was gone.

See the video of the event below:

Well this was cool.