Trump is losing his grip on the GOP -- and that leaves Bill Barr exposed: Legal expert 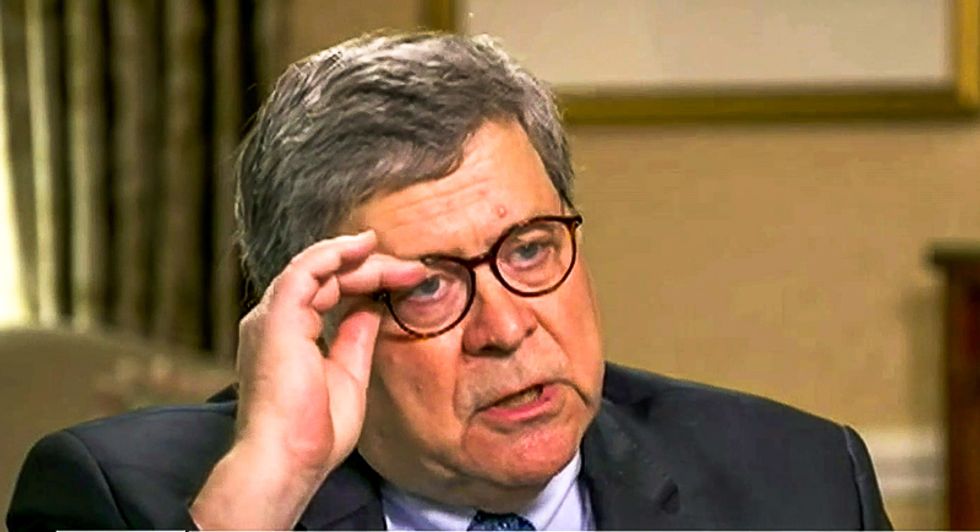 Attorney General William Barr's tenure has been marked by political scandals and allegations of corruption, but one legal expert noticed another trend through his record.

The attorney general will later this month make only his second appearance before Congress, where the House Judiciary Committee will hear testimony from two federal prosecutors about Barr's interference in their cases for political purposes, reported Johnny Dwyer for The Daily Beast.

"Barr’s political sideshows serve another purpose," wrote Dwyer. "They run interference for what is actually happening at the Department of Justice. A record decline in white-collar prosecutions. Environmental crimes and hate crimes go without prosecution. Immigration cases dominate the federal docket, but those detained are rarely serious criminals. And criminal prosecutions—the core function of the Department’s primary division—have dropped by more than a third."

Barr personally intervened in two of those -- Michael Flynn and Roger Stone, each a close Trump associate -- and on seven occasions met or spoke with U.S. Attorney John Durham, who is investigating the origins of the Russia probe.

"This reflects an underlying fact about Barr: He is not, and has never been, a federal prosecutor," Dwyer wrote. "His experience in law enforcement is not drawn from the inside of a federal courtroom, but conference rooms in Main Justice and the White House — environments where power is not in service to the law, but the law is in service to power."

"Perhaps Barr’s ignorance about the role of the prosecutor helps explain his ineptitude, but that hardly excuses it," he added.

The president's own ineptitude has been exposed by the twin crises of the coronavirus pandemic and nationwide protests against police brutality, Dwyer said, adding that Trump losing his grip on the Republican Party left Barr exposed.

"The attorney general faces the choice of doubling down on Trump and supporting the seemingly inevitable dispute over the election, or retreating from the president and rewriting his advocacy for Trump as a principled stand for the office," Dwyer wrote. "In either case, Barr’s legacy will reveal the bankruptcy of his theory of the unitary executive, which rests upon the presence of character and integrity to uphold the oath of office — something neither the president nor the attorney general have demonstrated."