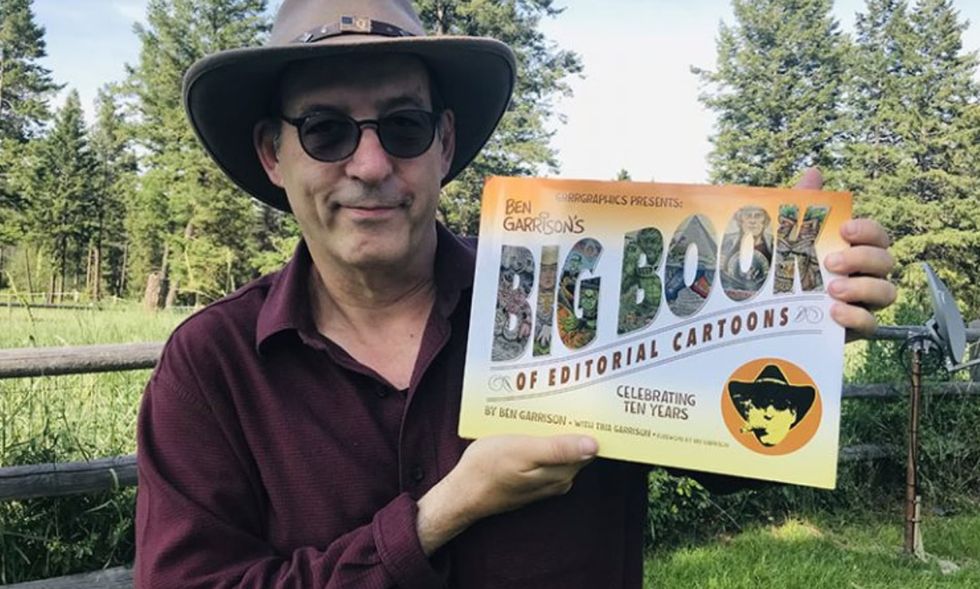 Ben Garrison, a Trump-loving conservative political cartoonist, has filed a lawsuit against the Anti-Defamation League for labeling some of his work as anti-Semitic.

However, Garrison's lawsuit tries to disprove charges of anti-Semitism by relying on several anti-Semitic conspiracy theories involving George Soros and the Rothschild family, whom neo-Nazis and other anti-Semites falsely believe control world governments.

At issue is a cartoon that Garrison drew in 2017 that depicted former Trump national security adviser H.R. McMaster as puppet whose strings were being pulled by George Soros and an even larger hand that was labeled, "Rothschilds."

The lawsuit then claims that Garrison cannot be anti-Semitic because conspiracy theories about Soros and the Rothschilds are real.

The lawsuit also complains that the Trump White House rescinded an invitation for him to visit after the ADL accused him of anti-Semitism -- and in part because of this, he "seeks money damages for the insult, embarrassment, humiliation, mental suffering, anguish, injury to his name and professional reputation, and loss of business caused by the ADL’s defamation."