Trump attacks Dr. Fauci — and pushes idea of selling Hydroxychloroquine without a prescription 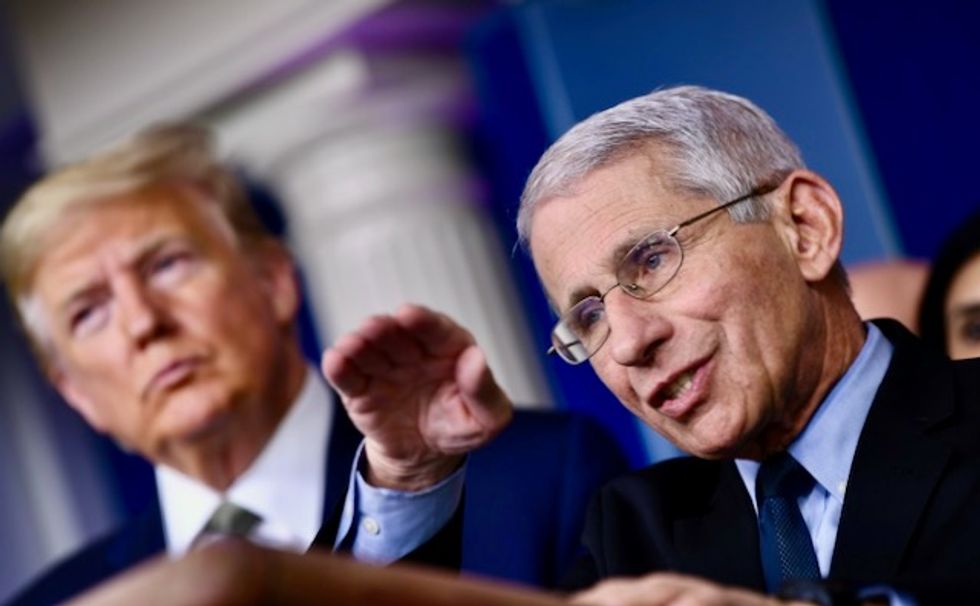 Shortly before 11 p.m. on Monday, the leader of the free world attacked those protesting his Department of Homeland Security agents in Portland as "sick and deranged."

And then he focused his attention on Hydroxychloroquine.

Trump retweeted more than a dozen tweets pushing Hydroxychloroquine, with some describing it as some sort of miracle "cure" for the COVID-19 pandemic.

One account Trump retweeted twice is by somebody who does not bill themselves as a doctor, but as, "Conservative, Trumpublican, Wife, mother and Child of the Most High God."

Another tweet came from somebody claiming to be the brother of disgraced former National Security Advisor Michael Flynn.

One of the accounts billed herself as a "sh*t talker extraordinaire."

Another retweet was of a writer for a right-wing magazine in Australia and yet another of a meteorologist in Texas.

And he retweeted Mike Flynn's defense attorney calling for the drug to be sold prescription-free, over the counter.