Trump slammed for delay in mask wearing: ‘It took 137,000 dead Americans to get him to mask up’ 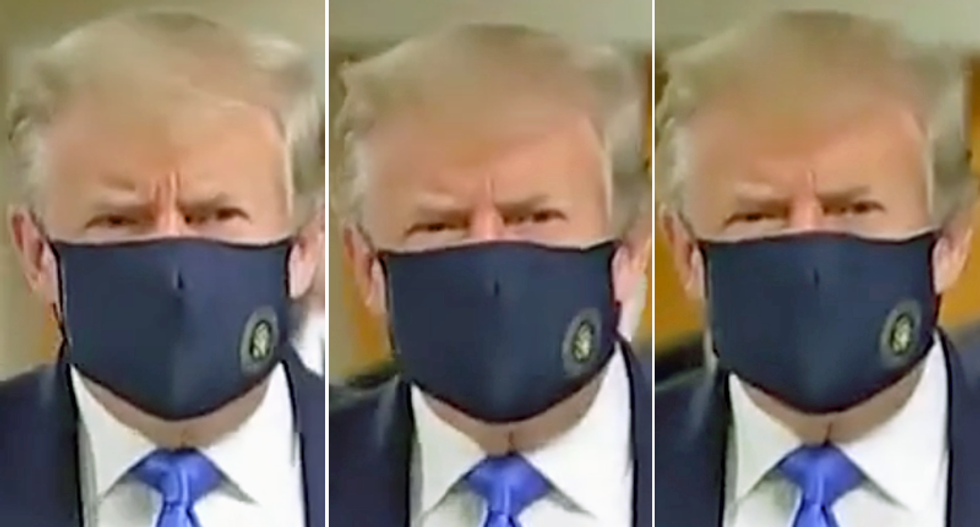 For the first time, President Donald Trump wore a mask in front of the White House press corps during a Saturday visit to Walter Reed Hospital.

While many people applauded the decision, others wondered why it took so long, as illustrated by this exchange between CNN's Wolf Blitzer and CNN national security analyst Sam Vinograd.

Here some of what others were saying about Trump's photo-op:

Dear #Trump supporters: Remember this next time he tells YOU not to wear a mask. Remember how he takes care of hims… https://t.co/AHsIAfSkfI
— Andy Ostroy (@Andy Ostroy) 1594503908.0