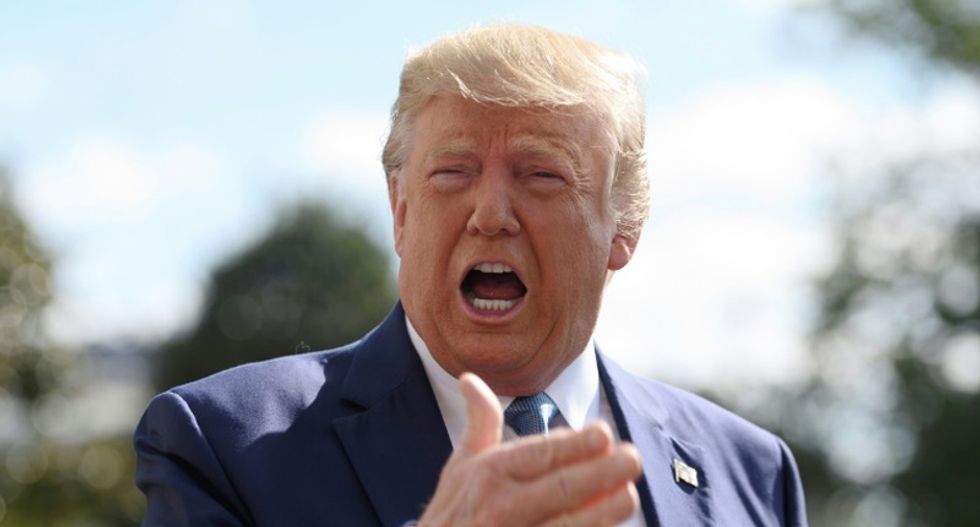 Donald Trump lashed out at the Reagan Foundation on Sunday afternoon in response to a report late Saturday that his campaign has been warned against using the image of the late president as part of his re-election drive.

That drew fire from the president who snapped that the foundation now appears to be run by the Washington Post -- a frequent target of the president's ire.

According to the president, who also took shots at former Rep. Paul Ryan (R) and Fox News, "So the Washington Post is running the Reagan Foundation, and RINO Paul Ryan is on the Board of Fox, which has been terrible. We will win anyway, even with the phony @FoxNews suppression polls (which have been seriously wrong for 5 years)!"