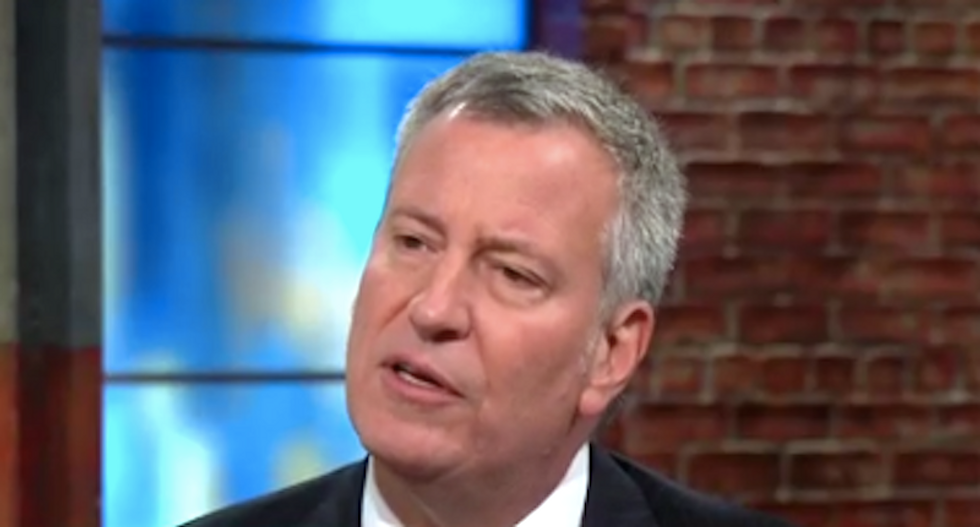 "Do you think this is something that resonates with the suburban voters?" asked anchor Alisyn Camerota.

"Not the way he's doing it," said de Blasio. "I think people all want safety and everyone wants to see harmony in our society as well. I think there's a lot of pain in this country after the killing of George Floyd, it came out in cities and suburbs all over the country. People want to see a lot more fairness, a lot more justice, but we all want safety too. What Donald Trump is doing is just exasperating the tensions and the divisions, and I actually think it will backfire on him."

"I think he has a stereotype of suburban voters, that they're folks who don't care about the other issues in our society, and I think he's misunderstanding suburbia today in America," continued de Blasio. "It's overwhelming, folks who would like to see a more harmonious and a more decent society, they're not voting for Donald Trump. They're voting for Joe Biden, no question about it. In fact, by doubling down, he's making it worse because he's making himself look like an extremist who is willing to take away our democratic norms."

"Think about it, he's literally trying to create the equivalent of a national police. Something that's never existed," added de Blasio. "Our founding fathers didn't want it. No Americans have wanted it. Trump's trying to do that, de facto, by ordering federal troops into cities that don't even want them. That will backfire in every way. It has to be stopped. And if those federal troops show up on the streets of New York City, we'll be in court and we'll stop them because it's brazenly unconstitutional."