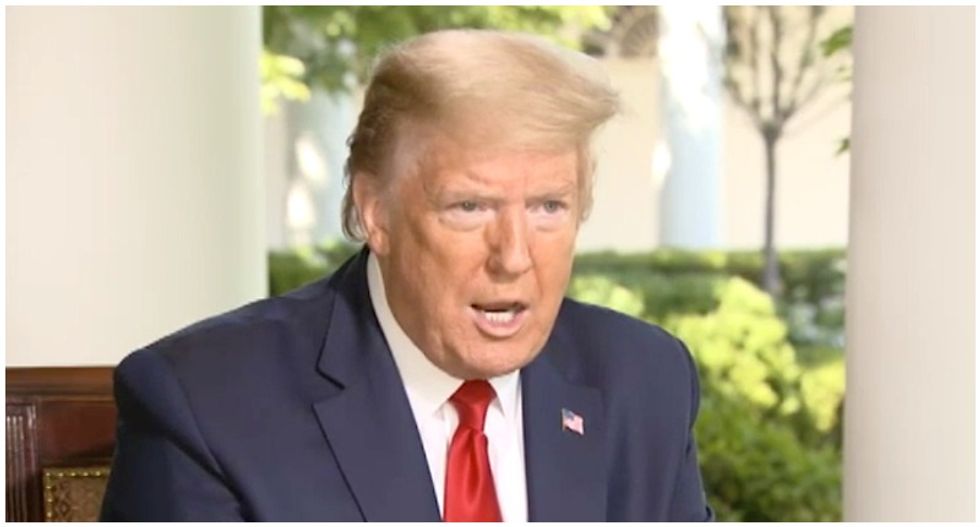 President Donald Trump seems to be watching more television than ever, and MSNBC's Tom Nichols thinks it's killing his re-election chances.

The "Morning Joe" contributor and Naval War College professor argued that Trump's obsession with Fox News programming had warped his thinking and left him out of step with the majority of voters.

"What he's doing is watching too much television," Nichols said, "and he's now in a kind of a feedback loop with some of his favorite television hosts, who are playing to the oldest, most conservative, most scared, most angry of viewers in that loop."

Trump used his 2016 campaign to attack immigrants, which apparently worked, but Nichols argued that his new line of racist attacks targeted actual voters and their friends, family and neighbors.

"In 2016, the president could kind of cleverly fuse some of these issues of race to issues of class. he could say to people in places like Wisconsin, you know, 'I'm not against African Americans, I'm against the educated white elites in Washington that are giving too much away to African Americans,' and, you know, making cities bad places to live. 'You know, I'm not really against immigrants, I'm against those educated elites in D.C. who are letting in too many immigrants and ruining, you know, your community.'"

"All that, the mask is off now, and I think instead of feeling insofar as they ever did, I think some of those voters in the heartland felt reassured by Trump," Nichols said. "They're afraid of him now, because he's made it clear, 'I will go after American citizens, Black, white, Hispanic, rich, poor, anyone who opposes me, anyone who criticizes me, anybody who makes my life at all difficult is my enemy,' and that's different from 2016."

Trump had assured voters he was on their side in his first election, but his open embrace of racism has pitted him against many voters.

"Now he's just draping himself in the Confederate flag, ignoring warnings about bounties being put on U.S. servicemen, defending statues of Confederates," Nichols said. "I mean, this is really a very different race play from 2016, and I don't think it's working very well, because you know, instead of reassuring the people that he's trying to reach out to, I think now they're genuinely scared."