Trump's latest COVID tweets are 'on the verge of putting people in danger': CNN's Abby Phillip 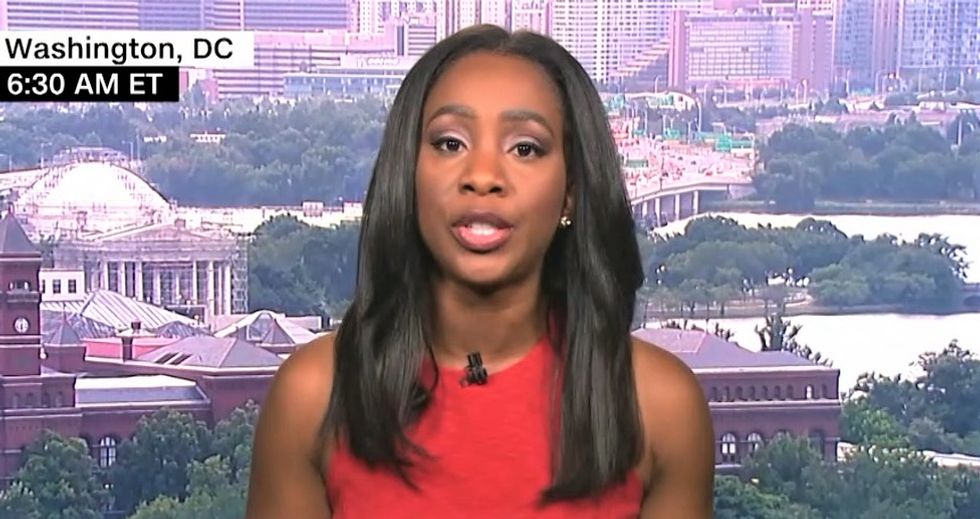 President Donald Trump on Monday night promoted multiple tweets that both attacked Dr. Anthony Fauci and recommended using hydroxychloroquine to "cure" COVID-19, despite the fact that medical professionals have found it is not an effective treatment.

CNN reporter Abby Phillip on Tuesday excoriated the president for spreading blatant misinformation about the disease, which so far has killed more than 148,000 Americans in just five months.

"I think we really do have to say, what's going on in terms of the president's Twitter feed last night is irresponsible," she said. "He is tweeting out disinformation videos about the coronavirus, disseminating information that is contrary to the advice of the doctors and the medical and public health experts in his own administration."

Phillip then went so far as to say that the president was a threat to public health.

"At this point, it's on the verge of putting people in danger," she explained. "Because this kind of talk is what you usually see in sort of the dark web, where people are throwing around all kinds of so-called cures, bleach cures for all kinds of ailments. That's what's happening on the president's twitter feed, and it's really beyond the pale."