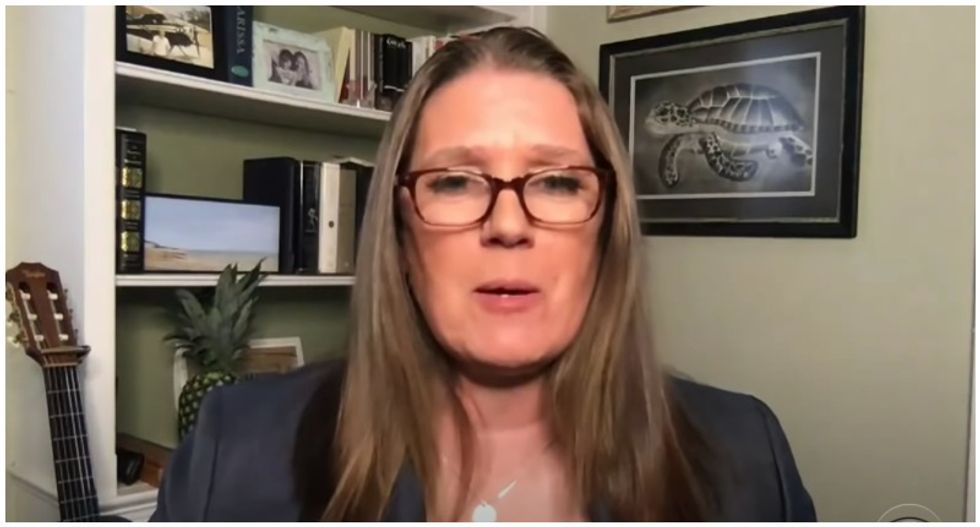 This Thursday, Donald Trump's niece spoke with Trumpcast host Virginia Heffernan, covering a variety of topics from his lack of curiosity about the world, to his "humorless and sterile" nature.

At one point in the interview, Heffernan contrasted Donald Trump with his deceased brother Fred, who she says was known for deriving "great pleasure" from life.

"There’s something so humorless and sterile about [Donald Trump]. Is he happy?" Heffernan asked.

According to Mary Trump, there’s no way her uncle could be happy "because the myths that have been created about him and that he’s perpetuated and believes about himself are always in constant danger of disintegrating. On some deep level, he knows that. He’s very much always living in the moment. So how can you be happy?"

"And how can you be happy if you don’t laugh or appreciate humor?" she continued. "What that says to me, because my grandfather also didn’t laugh, is that laughing is to make yourself vulnerable, it’s to let down your guard in some way, it’s to lose a little bit of control. And that can’t happen. That is not allowed to happen. So, no, I don’t believe he’s happy. Unfortunately, I don’t believe he’s capable of being happy, because it wasn’t something to aspire to in my family."

Read the full interview over at Slate.