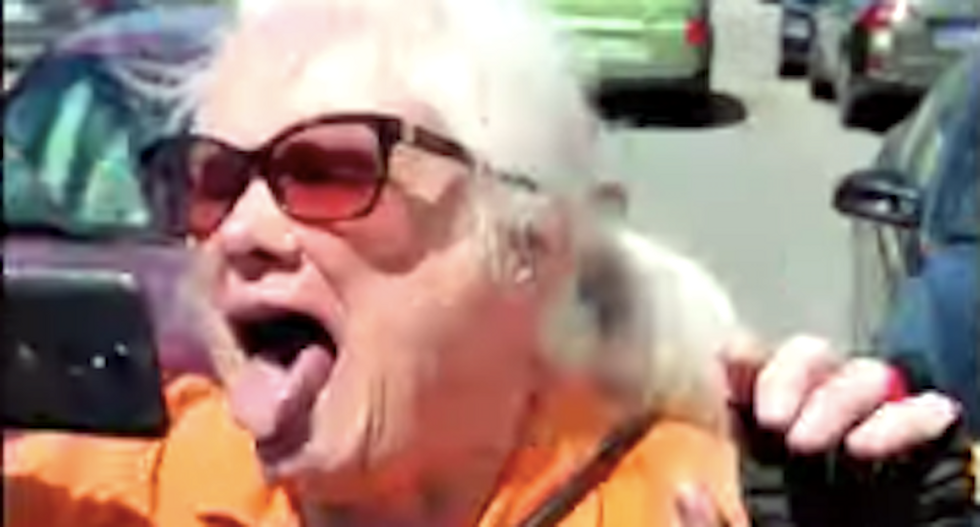 A Montana man and woman were each charged in connection with a dispute over wearing masks inside a grocery store, which a local Republican candidate hyped as a political attack on coronavirus skeptics.

Steve Ferry says he ran in to Super 1 Foods in Whitefish to buy some lettuce Saturday, and he encountered two women arguing in the checkout line about social distancing, reported KECI-TV.

"Ma'am, you are out of line," he told one of the women, who was not wearing a mask and using profanity toward the elderly woman in front of her. "There is no need for that language."

Ferry said he did not say anything about masks, which are required inside all Super 1 stores, but he started recording the woman on his phone after she became aggressive toward him.

The woman, later identified as Judith Stevenson, of Whitefish, continued harassing the older woman after they left the store, and Ferry offered to call police, which the elderly woman agreed he should do.

After calling police, Ferry asked his wife to get his business card so the older woman could cite him as a witness, and Stevenson got out of her car and approached him with her phone out.

"Which one is your car?" she says in the video. "Is this your car? Or don't you have the balls to tell me?"

She then opens her mouth and coughs on Ferry and his wife.

"You're a f*cking asshole," Stevenson says, after Ferry says he's calling the police. "You don't go to jail for not wearing a mask, you moron."

Ferry stood behind the woman's car to prevent her from backing up, and he told police that she struck him with her vehicle twice.

He said Stevenson's rear window was smashed out the second time she hit him, but the woman says he used an unspecified object to break out the window.

Republican statehouse candidate and coronavirus skeptic Catherine Owens posted photos of the aftermath on her Facebook page, where she claimed the man had smashed the woman's window because she was not wearing a mask.

Ferry posted video of the encounter on his YouTube channel, along with his account of the incident.

"This was and is NOT about politics, nor was it ever about a mask, that is until she sought us out in the parking lot, and came up in our face and purposely coughed on us," he wrote. "That is assault. Period, cut and dry with precedent."

"In this video, you can see the window is intact, and when she hit me the second time as she backed up, I tried to pound on her window to get attention to stop her and it broke," Ferry added.

Whitefish police chief Bill Dial said officers would not enforce the city and state mandates for face coverings, and he encouraged residents to file complaints with store management or local health departments instead of taking matters into their own hands.

“Don’t become aggressive, don’t be a mask bully, and try to just do what you’re supposed to do, and we hope that everyone will do what they are supposed to do,” Dial said. “We all want the pandemic not to spread, but there are avenues and ways to handle it, rather than trying to take justice into your own hands."