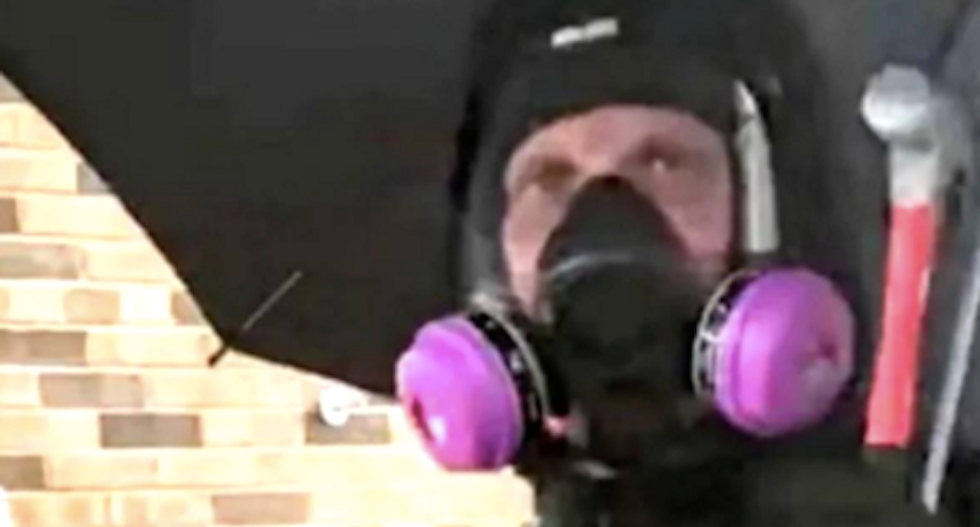 Police have identified the so-called "umbrella man" who set off a chain reaction that led to days of rioting and looting during Minneapolis protests against George Floyd's killing.

The man was identified as a 32-year-old white supremacist associated with the biker gangs Aryan Cowboys and Hell's Angels, but his name was not released because he has not yet been charged, reported the Star Tribune.

“This was the first fire that set off a string of fires and looting throughout the precinct and the rest of the city,” police arson investigator Erika Christensen wrote in a search warrant affidavit filed this week in court. “Until the actions of the person your affiant has been calling ‘Umbrella man,’ the protests had been relatively peaceful. The actions of this person created an atmosphere of hostility and tension. Your affiant believes that this individual’s sole aim was to incite violence.”

Christensen said the suspect was identified through an email tip received last week.

The masked man intended to incite further racial tension in the demonstrations that had remained peaceful to that point, but the resulting violence left two people dead and caused an estimated $500 million in property damage.

A livestream video recorded May 27, two days after Floyd's killing by officers, showed the man walk up to an AutoZone store, smash the windows with a sledgehammer and then argue with protesters who asked him to stop.

The man had also painted "free sh*t for everyone zone" on the store's glass doors.

Police connected the man to an incident in Stillwater, Minnesota, where men wearing white supremacist clothes menaced a Muslim woman and her 4-year-old daughter at a restaurant.

The men in that incident were wearing leather vests marked with insignia of the Aryan Cowboys, Hell's Angels and Outlaw Motorcycle Gang.

"Umbrella man" had been rumored to be a St. Paul police officer, but the department released video evidence they say shows that individual had not been in Minneapolis at the time of the Auto Zone vandalism.