Unemployment may not return to pre-COVID levels for a decade: Congressional Budget Office 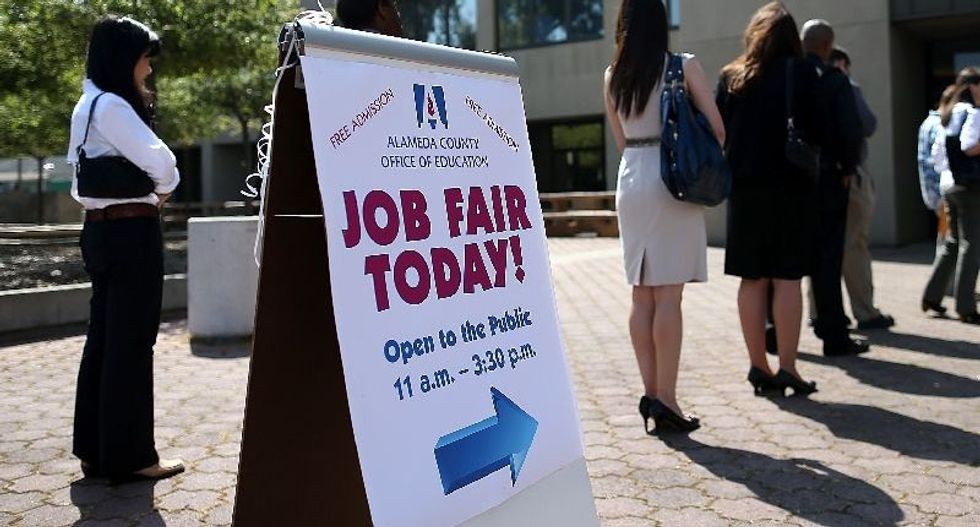 Initial claims for US unemployment fell to 262,000 for the week ending August 13, down 4,000 from the week before (AFP Photo/Justin Sullivan)

On Thursday, Politico reported that it could take a decade for unemployment levels to return to where they were before the coronavirus pandemic, according to the Congressional Budget Office.

"The economic outlook for the next 10 years has 'deteriorated significantly' since the independent budget agency issued its last complete set of projections in January, CBO noted," reported Caitlan Emma. "That illustrates the devastating effects of the pandemic and underscores the reality of a slower economic recovery than the 'rocket ship' rebound predicted by President Donald Trump."

"CBO assumes that if federal taxes and spending remain in place, the economy will grow rapidly in the third quarter of this year. But compared to earlier estimates, real GDP will be 3.4 percent lower, on average, for the next decade," said the report. "The annual unemployment rate, which was projected to average 4.2 percent, is now projected to average 6.1 percent during the same period. The calculations do not take into account any changes that could occur with the passage of an additional emergency relief bill that Congress is expected to take up prior to the August recess."

The CBO also says that "African American, Hispanic, and female workers have been hit particularly hard, in part because they make up a disproportionate share of the workforce in certain industries with jobs that involve elevated risks of exposure to the coronavirus."

Trump has repeatedly promised that the economy will rebound quickly, but economic experts are more pessimistic.