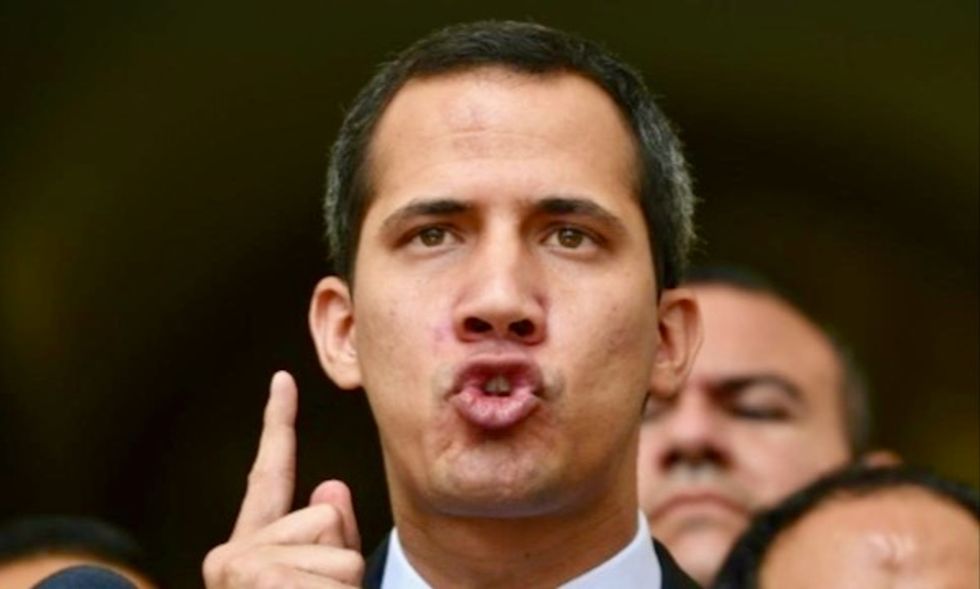 Venezuela's Supreme Court, stacked with loyalists of the regime of President Nicolas Maduro, on Tuesday ordered Juan Guaido to relinquish his position as leader of one of the main opposition parties, giving the position to one of his rivals instead.

Guaido, who is recognized by the United States and some 60 other countries as the country's interim president, is the leader of the Popular Will party, one of several political factions opposing the Maduro government.

The Supreme Court said in a statement it had "decreed as a precautionary measure this constitutional protection consisting of the suspension of the current national leadership of the political organization Popular Will."

The court named a "collective ad hoc leadership" led by a rival of Guaido's, Jose Gregorio Noriega, who is also a lawmaker.

The court made a similar ruling last month to overturn the leadership of two other opposition parties, Justice First and Democratic Action.

The crisis-hit country, under the leadership of the Socialist Party for more than two decades, first under late president Hugo Chavez and then his successor Maduro, is to hold elections on December 6.

The country's National Assembly is the only branch of government not controlled by Maduro's party, something the president has vowed will change in the upcoming election.

The court ruled that the new leadership of Guaido's party "will be able to use the electoral slate, the logo, symbols, emblems, colors and any other concept belonging to Popular Will."

After being elected parliamentary speaker of the single-chamber National Assembly, Guaido proclaimed himself to be caretaker president in January of 2019, arguing that the election that had returned Maduro to power had been fraudulent.

Noriega is an ally of Luis Parra, a lawmaker who broke with Guaido after being accused of corruption in a nutritional program led by the Maduro government. With government backing, Parra proclaimed himself last January to be the legitimate speaker of the National Assembly instead of Guaido.

Eleven opposition parties, including Popular Will, Democratic Action and Justice First, have announced they will boycott the December elections, calling them a "farce."

They were angered that the Supreme Court had named a new board for the National Electoral Commission, which they said was the prerogative of parliament.