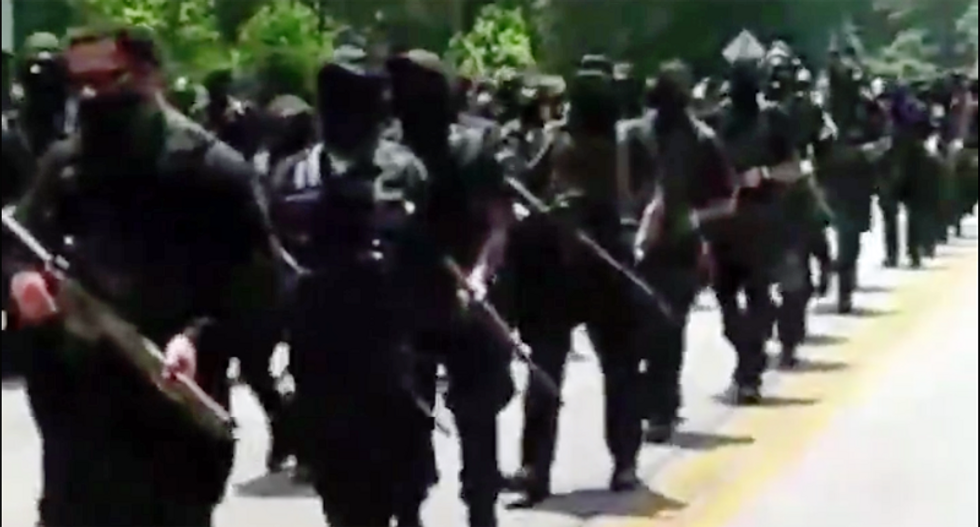 Armed black protesters marched in Georgia on Independence Day to protest one of the largest Confederate monuments in the world.

"Stone Mountain Confederate Memorial, a nine-story-high bas-relief sculpture carved into a sprawling rock face northeast of Atlanta, is perhaps the South’s most audacious monument to its pro-slavery legacy still intact," Reuters reported on Friday. "The monument - which reopens on Independence Day weekend after the COVID-19 pandemic forced it to close for weeks - has faced renewed calls for removal since the May 25 killing of George Floyd, a Black man who died during an arrest by a white police officer who pinned his neck to the ground with a knee."

Upon reopening, a huge group of armed Black protesters marched through Stone Mountain.

Here are some of the scenes from the protests:

Some context: My family and I were going to Stone Mountain Park today and stumbled upon this protest. A little furt… https://t.co/fdghL00bXu
— Naomi (@Naomi) 1593903700.0