WATCH: L.A. woman throws tantrum because Black deliveryman was entering her building to drop off food 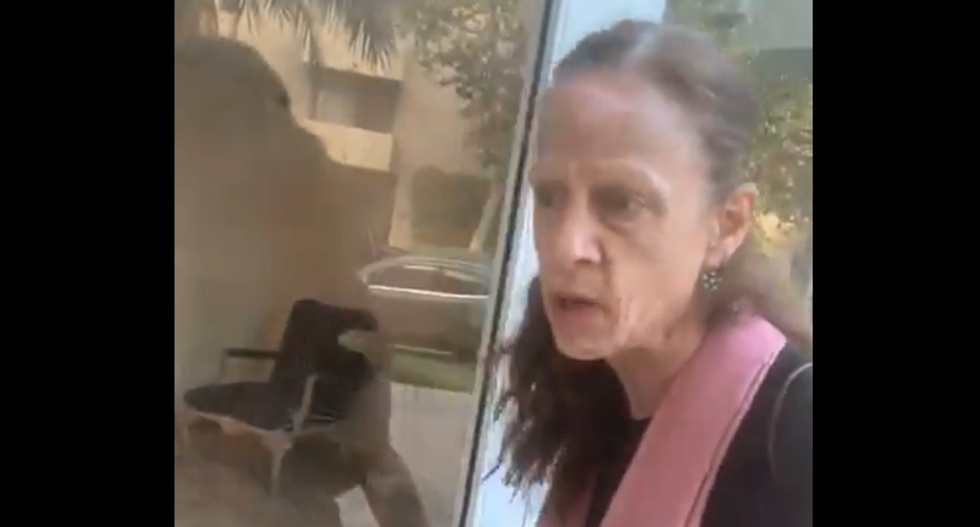 On Thursday, a viral video circulated of a Los Angeles woman losing her temper because a Black Postmates deliveryman was trying to bring food to another tenant in her building.

"So you're not going to let me in to deliver this food?" asked the deliveryman. "I have the number." He moved to enter it on the keypad.

"There's a woman at the door," the deliveryman told the tenant through the intercom.

"Hello? Who is this?" demanded the woman, leaning close to speak to the tenant.

"Excuse me, can you back away from me now?" said the deliveryman.

"Who's speaking?" the woman continued. "I live in this building. Who is this?" She appeared skeptical that the tenant lived in the building, even though they were speaking through the building's intercom. "I'm not letting this man in, can I bring your food to you?"

"Who are you, who is this?" asked the tenant, confused.

"I live here, asshole! And I pay rent here," the woman snapped.

"I do too, so what are you asking?" said the tenant.

"I'm asking you to get out of my building because you don't live here," said the woman, rounding on the deliveryman.

"I don't care if he's a purple man! He doesn't live here," said the woman. "I don't know him and I don't want people buzzing him into my building ... he's not a delivery boy, he has no car, no bike, nothing."

"That car that I pulled up in? That's my white car," he said, pointing to it.