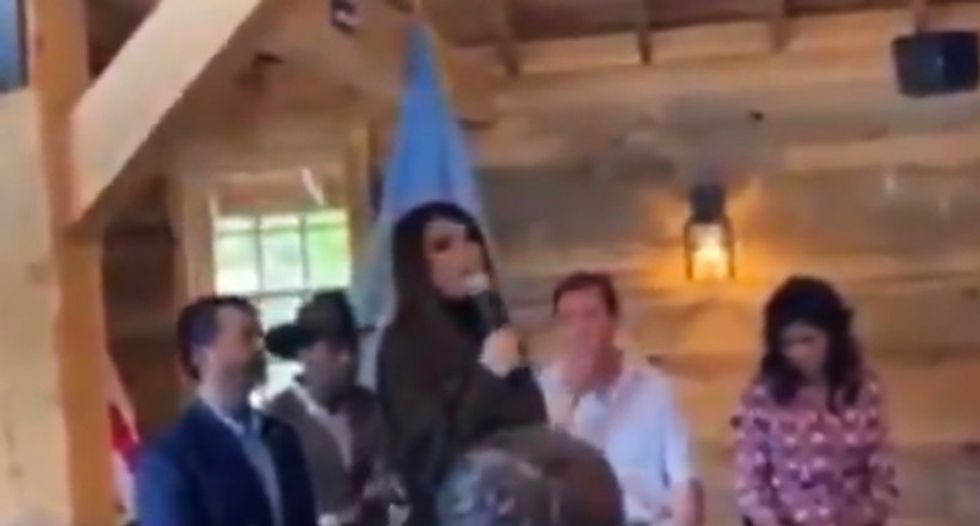 Donald Trump Jr.'s girlfriend, Trump campaign fundraiser Kimberly Guilfoyle, made headlines with the announcement she tested positive for COVID-19 with hours to go before President Donald Trump's speech at Mount Rushmore. The campaign was quick to note that this occurred before the president arrived in the state, that Guilfoyle and Trump Jr. would be backing out of attending the president's speech, and that they would not have any contact with him until further notice.

However, according to a Facebook video unearthed by Vox journalist Aaron Rupar, Guilfoyle came into contact with other GOP figures prior to receiving the news. A day before the announcement of her positive test, she gave a speech at an indoor event in South Dakota with Republican Gov. Kristi Noem — and as the video showed, she was not wearing a mask.

Here’s Kim Guilfoyle speaking at an indoor event in South Dakota, no masks in sight, that was also attended by Kris… https://t.co/rwLZi4EUSd
— Aaron Rupar (@Aaron Rupar)1593868736.0