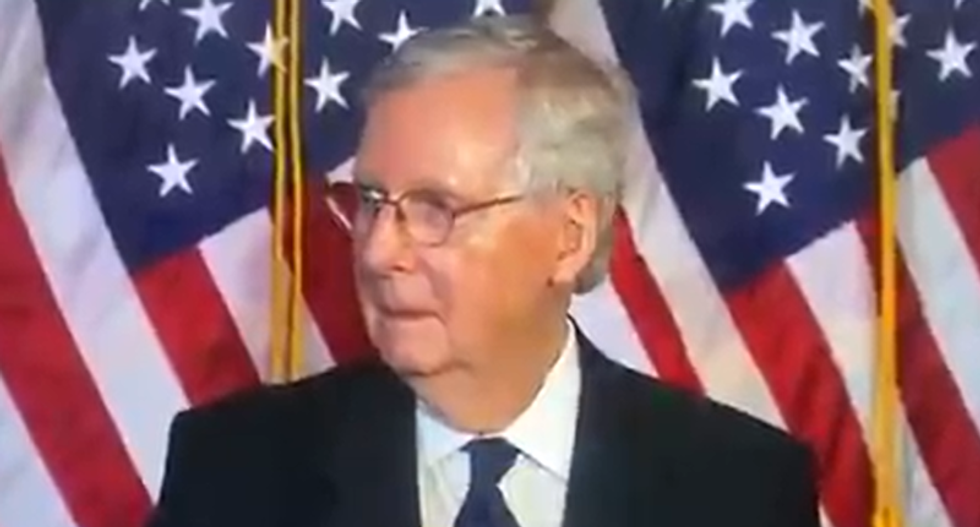 On Monday, Senate Majority Leader Mitch McConnell (R-KY) was asked by a reporter why the Republican coronavirus stimulus bill contains a passage funding construction of a new FBI headquarters.

He appeared confused by the question and surprised to learn this was even the case. "I'm not sure that it is," said McConnell. "Is it?"

The stimulus bill does indeed include a proposal to fund the FBI headquarters construction at its original spot, which was requested by President Donald Trump.

The Trump Organization stands to gain a higher return on its lease of the Old Post Office Building, which it has converted into a hotel, if the FBI headquarters is rebuilt on its current site instead of relocated to Virginia, a move which would be less expensive.