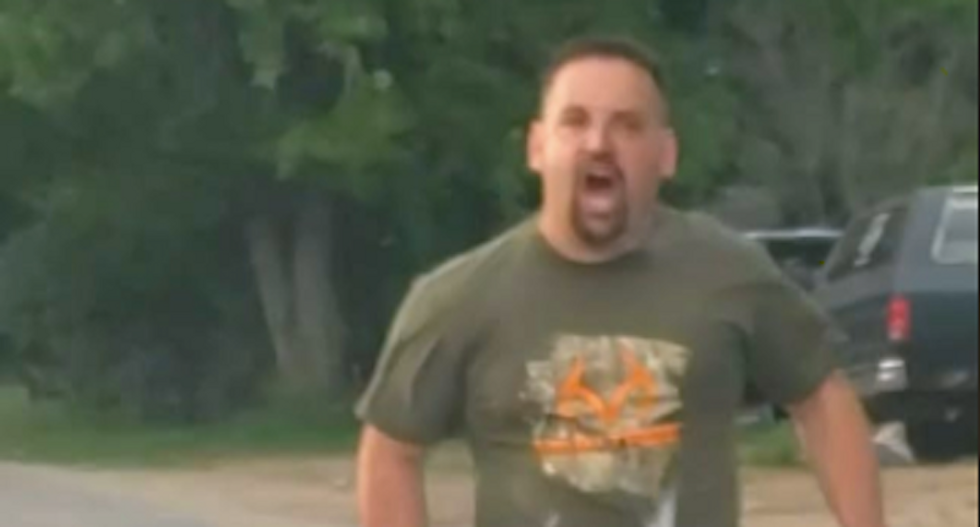 An upstate New York man was charged with a hate crime after he chased a Black woman and her boyfriend shouting racial slurs.

Athina Mitchell and Charles Wilkinson were looking for a new fishing spot they'd heard about Sunday in Plattsburgh when an angry white man approached their car shouting, reported WPTZ-TV.

The man, later identified as 35-year-old Derrick Kennedy, chased after the couple as Mitchell put her car in reverse and tried to get away.

However, there were bicyclists in the street so she was forced to reverse slowly, which allowed Kennedy to catch up to them and punch the hood of her car, causing damage.

"I began to speed up because I realized that I was really at risk for my life," Mitchell said, "so when we actually got out of there is when we contacted the police."

Mitchell was able to record video of Kennedy chasing her and shouting, and it was shared hundreds of times on Facebook after she uploaded the evidence.

"Just until recently we have been hearing of these instances," she said. "God knows what's been happening before that, so when I realized that I have the opportunity to make awareness I decided to post it, and you could ask anybody that knows me, I'm not usually like this, but I just felt like it needed to be said to make that change happen."

The video helped lead to Kennedy's arrest on fourth-degree criminal mischief, a felony that's being charged as a hate crime.

"It's come to the point where people are taking more aggression and acting more on violence matters, and that's what's really shocking to me," Mitchell said. "I can't just be comfortable in my own hometown, or you know, in my own situation or my own skin."