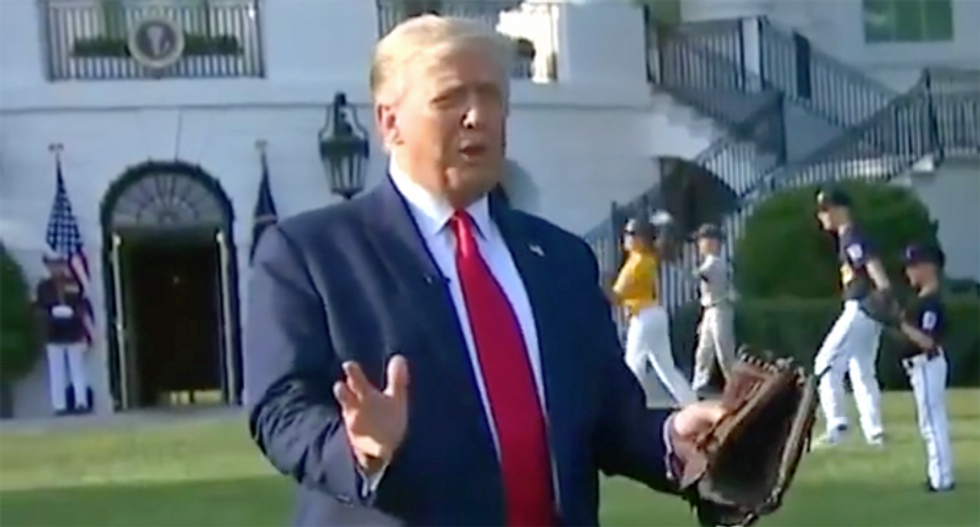 Major League Baseball returned for a shortened season on Thursday.

At Nationals Park in Southeast DC, every player on the Washington Nationals and New York Yankees wore "Black Lives Matter" warm-up jerseys and took a knee in defiance of President Donald Trump.

Prior to the start of the game, BLM was painted on the pitcher's mound.

&ref_url=https%3A%2F%2Fwww.rawstory.com%2F2020%2F07%2Fin-defiance-of-trump-every-player-took-a-knee-at-mlb-return%2F
Video
Report typos and corrections to: corrections@rawstory.com.
Like this article ? Text `Support` to 50123 to donate.
READ COMMENTS - JOIN THE DISCUSSION