White House: ‘Science should not stand in the way’ of fully-opening schools 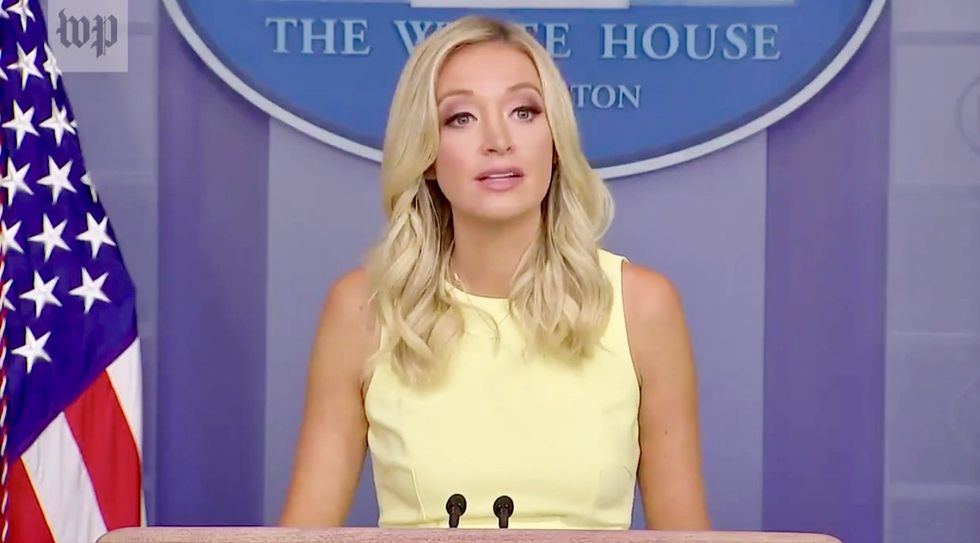 White House press secretary Kayleigh McEnany says President Donald Trump is adamant all schools should re-open in the fall and all children should return to school "every day."

Defending the President's insistence, McEnany explained to reporters, "and when he says 'open' he means open in full, kids being able to attend each and every day at their school."

"The science should not stand in the way of this,” McEnany added, appearing to be reading from prepared notes. She said she had talked with Trump in the Oval Office. It was unclear if those were his words she was quoting.

McEnany doubled down, and began quoting from Dr. Scott Atlas, who is not an immunologist or a virologist, but a radiologist specializing in MRI techniques for the brain and spine. Atlas in 2016 served as a health care advisor to presidential candidate Rudy Giuliani's campaign, which says his "research includes free market solutions to health care."

"Of course we can do it, everyone else in the Western world, our peer nations are doing it, we are the outlier here, the science is very clear on this."

Factually, however, the current infection rate for nearly if not all of America's peer nations is exponentially lower than it is for the U.S.

The press secretary seemed to be telling Americans to pick and choose from the science the administration likes, to support the president's goals.

McEnany also urged schools to re-open, citing a "lack of reporting of abuse," and "mental depressions that are not addressed."

Under the Trump administration immigrant children have been separated from their families and housed in concentration camp-like facilities where conditions can be horrific, and died in the hands of federal government agents.

Later, McEnany accused The Washington Post of engaging in "Media Bias," by altering her comments, rather than saying she misspoke, if that's true. In fact, it's doubtful she did misspeak, given that this is a standard line for the administration.

“We don’t want the guidance from CDC to be a reason why schools don’t open,” Vice President Mike Pence said on July 8. “I think that every American, every American knows that we can safely reopen our schools. . . . We want, as the president said this morning, to make sure that what we’re doing doesn’t stand in the way of doing that.”

This article has been updated to include McEnany's criticism and related elements.