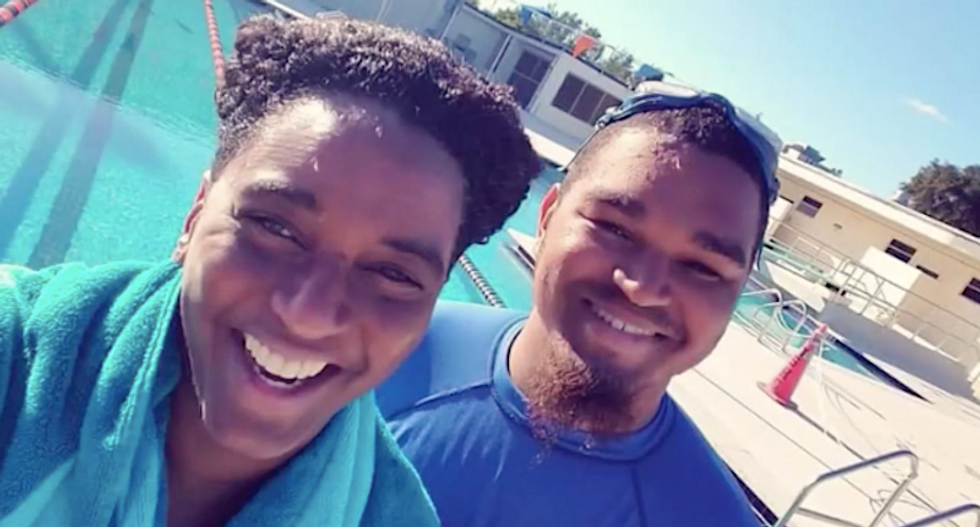 A south Florida mom said a white woman called police on her and her son while they were training at a swimming pool.

Ghenete Wright Muir and her son, who are both former competitive swimmers, were training together at Joseph C. Carter Park when a woman in the lane between them became angry at them for talking, reported WTVJ-TV.

“I said something to my son and the lady in the lane between us said, ‘You can’t talk over my lane,’” Wright Muir said. “I immediately asked the lifeguard if that was a rule, and she said there’s no such rule.”

“She starts to complain to the lifeguard that she needs to do something about us,” Wright Muir said. “She starts threatening her job, saying she’s going to talk to her supervisor.”

Then the other swimmer ordered the lifeguard to call the police, and three Fort Lauderdale officers arrived and shut down the pool.

Wright Muir and her son insisted that the other woman be forced to leave with all the other swimmers, and the station reported that body camera videos showed that she eventually did.

“The person who started it was able to stay in the pool,” Wright Muir said. “So I feel like me and my son, we’re singled out.”

Wright Muir said the woman wanted to punish her for "swimming while black," and she doesn't understand why she called in the police.

“People are not supposed to call the police when there’s no danger,” Wright Muir said.

The lifeguard who called police quit that same day over the incident, and Wright Muir was banned from the park for 24 hours, while the other woman was issued a trespassing warning and told to stay away from the park for three days.

Wright Muir plans a swim-in protest at the pool Sunday.