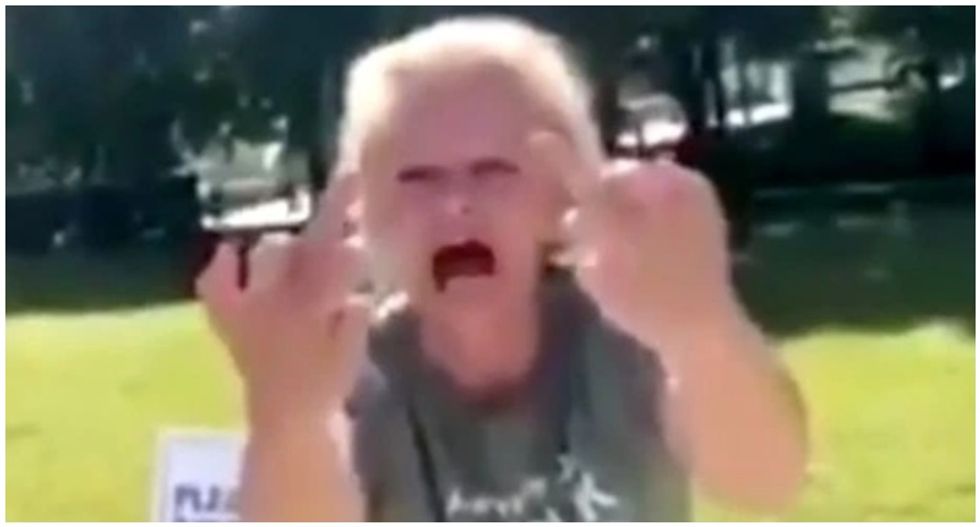 A woman who's made a name for herself by being caught on video spewing racism has been hit by a fire truck and critically injured, according to a report from the Citizen Times.

Rachel Dawn Ruit suffered life-threatening injuries after being struck by the fire truck on July 13 in Asheville, North Carolina. Earlier this month, Ruit made headlines after she allegedly attacked a 14-year-old girl and ripped off a woman's hijab during a Black Lives Matter protest.

One witness to the accident posted about what he saw to Facebook.

"I just witnessed the same lady from that video accidentally step out into traffic on Patton Avenue, going towards downtown Asheville, as she was walking with traffic coming from behind her," Jonathan Rowell wrote. "The Asheville Fire Department truck that you see in the background is the vehicle that she stepped out in front of."

Ruit, who is 41, was arrested on July 4 after ripping off a woman's hijab and grabbing a teenager in the groin, telling her she needed to be "put down." She also was accused of threatening to rape her.

Ruit is currently in the hospital in critical condition.