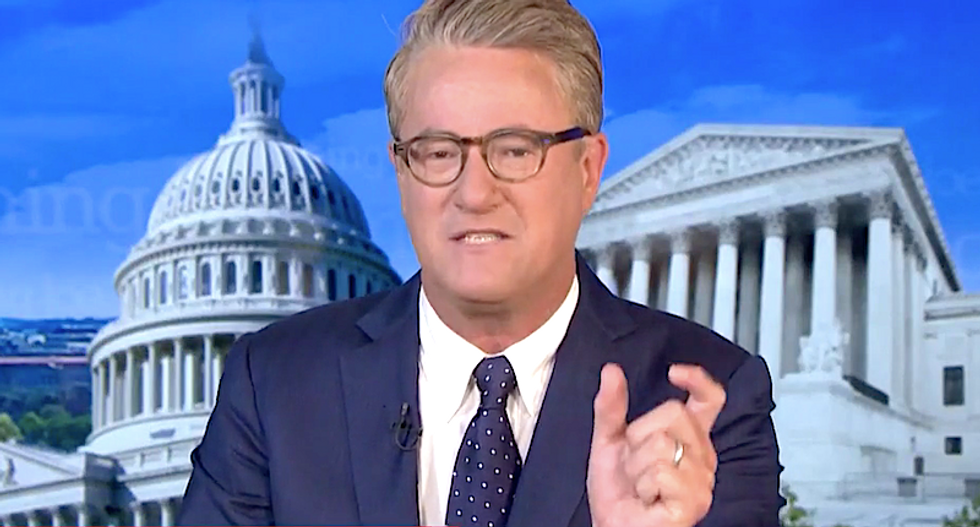 MSNBC's Joe Scarborough ripped President Donald Trump for trying to clean up months of failures and inaction on the deadly coronavirus pandemic in a single media briefing.

The president delivered a relatively succinct and somber update on the pandemic, but the "Morning Joe" host said that wasn't nearly enough to atone for failures that had left 142,000 people dead.

"Once in awhile, he doesn't say something that makes the lives of senior citizens and diabetics and people with asthma hang in the balance," he added. "Once in a while, he doesn't say something that encourages Americans to abuse store clerks for wearing masks, to abuse people in grocery stores who take care of you, who work for minimum wage, who put their lives on the line every day because they have families to take care of, and they've got people screaming at them, people abusing them, people getting in their face and screaming. People going to racks with masks and dumping them on the floor because they think that Americans have fought and died for over 240 years so they could have the constitutional right to kill senior citizens, to kill diabetics, to kill people with asthma, to kill their family members and to kill others by not wearing masks."

Trump did not deserve credit for pivoting toward a policy he should have pursued six months ago, the host said.

"This really wasn't Vietnam, this is much easier this was like -- and I'm not being sarcastic here -- do what Joe Biden told you to do at the end of January," Scarborough said. "Let the doctors and let the scientists run this show, and instead, here we are -- 142,000 dead, after two and a half Vietnams."