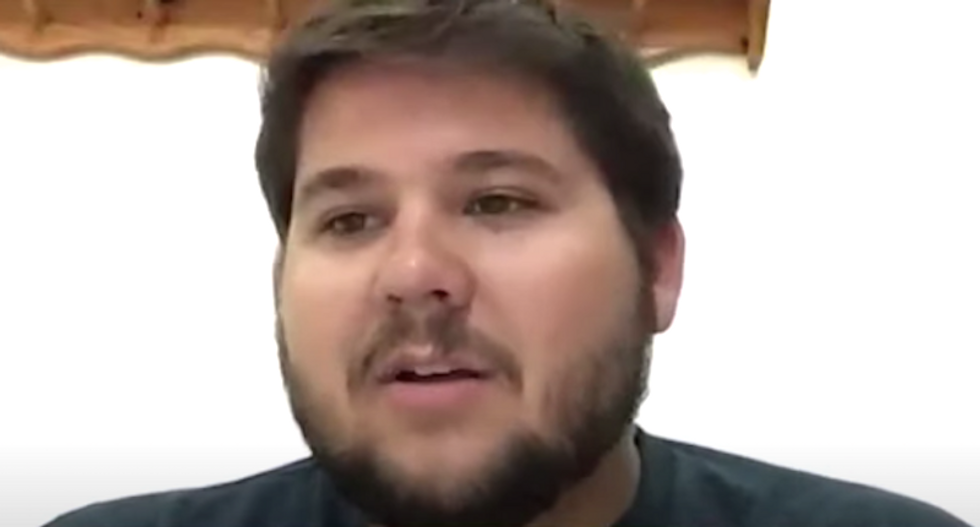 A 21-year-old Florida man thought he had recovered from a mild case of COVID-19, and then he wound up in the hospital as his organs began shutting down.

Spencer Rollyson, of Canaveral Groves, tested positive for the coronavirus in May, but he started getting back to normal life after experiencing mild symptoms and then testing negative after those went away, reported WESH-TV.

"Little bit of a cough, a slight fever of 99.4, I think, for the first couple of days and then after that, I lost smell for about two and a half weeks and that was my only symptom for the entire two weeks," Rollyson said. "On May 21 is the day I got my negative tests results finally."

Rollyson went back to work for his family's business at that point, but soon afterward he started experiencing symptoms again.

“I work outside, and I was wearing a jacket and it was 96 degrees outside and I was still cold,” he said. “I was sick again, on June 11 is when I started feeling it again. My fever ended up getting up to 103.4 for, like, two days."

He passed out during an online doctor's appointment and was taken to a hospital, where his heart and multiple other organs failed.

"Something from coronavirus weakened my immune system," Rollyson said, "which caused me to have all these other symptoms and to end up with sepsis and all that. I wasn't on a ventilator. I think it's called BiPAP. It's a mask that gets put on your face and it gets strapped on, and it basically does all the breathing for me."

Rollyson feared he would die, but he was treated and released five days later, although he still hasn't fully recovered nearly two months later.

“I shouldn’t get my heart rate up right now because it can lead to cardiac arrest,” he said.

Rollyson takes blood pressure medicine and continues to see a cardiologist for heart trouble, and he hopes others take the potentially deadly virus more seriously than he did.

"I thought it wasn't that big of a deal," he said. "That's the reason I posted on Facebook to my friends and family, take this seriously -- I'm 21 years old and have a great health record, no issues, and it almost took my life. There's no reason to take this lightly. I can't urge people enough to take it seriously."

Swedish climate activist Greta Thunberg on Wednesday renewed a feud with Donald Trump, saying the outgoing US president "seems like a very happy old man looking forward to a bright and wonderful future".

The teenager was reversing a barb that Trump -- who frequently disputes the science behind climate change -- had aimed at her in 2019 when he wrote on Twitter that "she seems like a very happy young girl looking forward to a bright and wonderful future".

Now that famous line is being adapted by the Lincoln Project to celebrate the inauguration of President Joe Biden and Vice President Kamala Harris.