Andrew Cuomo rips Trump like never before: 'This was the worst government blunder in modern history' 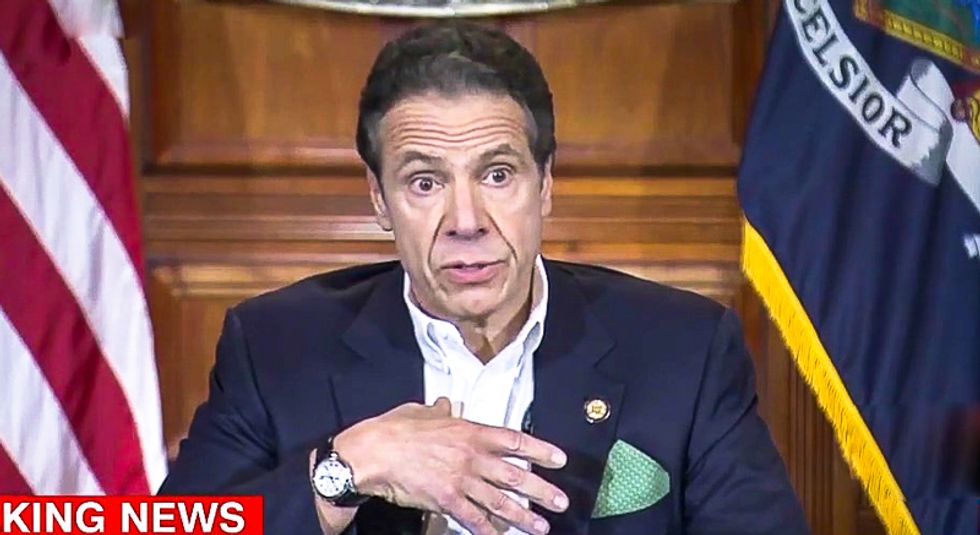 At his daily COVID-19 briefing, Cuomo said that it was time for the president to hit the "reset button" on his handling of the pandemic.

"If we don't tell the truth on the reset, COVID will never end," the New York governor explained. "It will ricochet across the country. It will just bounce back and forth."

"This was a colossal blunder -- how COVID was handled by this federal government," he continued. "Shame on all of you. Six months, lives lost. Hit the reset button, yes."

Cuomo argued that Trump's new strategy should "start with the truth."

"Because if the American people are continued [to be lied to], the confusion and the chaos and the denial will continue," he said. "If the president actually tells them the truth and says, 'I made a mistake,' he's not going to be telling them anything they don't know."

"Every American knows he made a mistake," the governor continued. "Every American knows this was the worst government blunder in modern history. Not since the Vietnam War have Americans sat in their living rooms to see the numbers on the TV screen every night saying what a mistake it was."