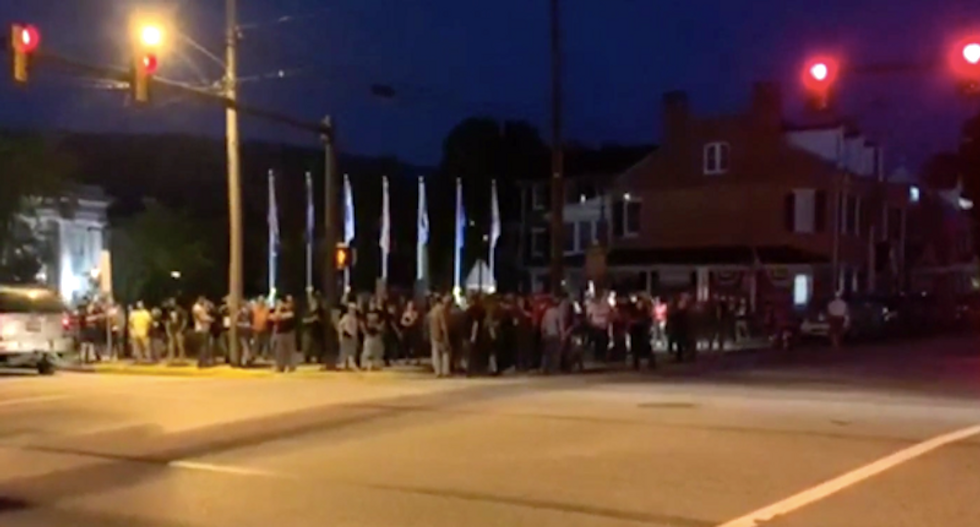 Shots were fired outside a Pennsylvania hotel where a civil rights group was staying.

The Black Lives Matter group is marching from Milwaukee to Washington, D.C., but stopped in Bedford County after one of their members was shot the previous night, and state police were called to their hotel to investigate a report of gunshots, reported KDKA-TV.

Group leader Frank Sensabaugh, also known as Frank Nitty, disputes that activists had argued with the pair of homeowners before they opened fire late Monday while shouting racial slurs.

The wounded protester was detained by police during treatment at an area hospital, and Nitty said the activist wasn't allowed to see visitors until the group's lawyer got involved.

“The hate crime people came through," Nitty told the TV station. "Then he was about to be released from the hospital and they were talking about he’s being detained and they got a search warrant for him."

"They went on [their] website and called it an argument that led to a shooting," he added. "Nobody was arguing, we didn’t even see the dudes."

State police said the activists exchanged gunfire with the residents, although that's not clear from a livestream video from the incident posted on Facebook by Nitty.

Tuesday evening dozens of locals, many of them armed, gathered outside the Bedford County Courthouse after the activists said on Facebook they planned to march there to protest the shooting that left the group member with non-life-threatening injuries.

Hours later, gunshots were fired outside the hotel, but police have not determined who fired the shots.

Nitty and his group of about 60 activists are walking 700 miles to meet Rev. Al Sharpton in Washington for the anniversary of Dr. Martin Luther King Jr.’s “I Have A Dream” speech.