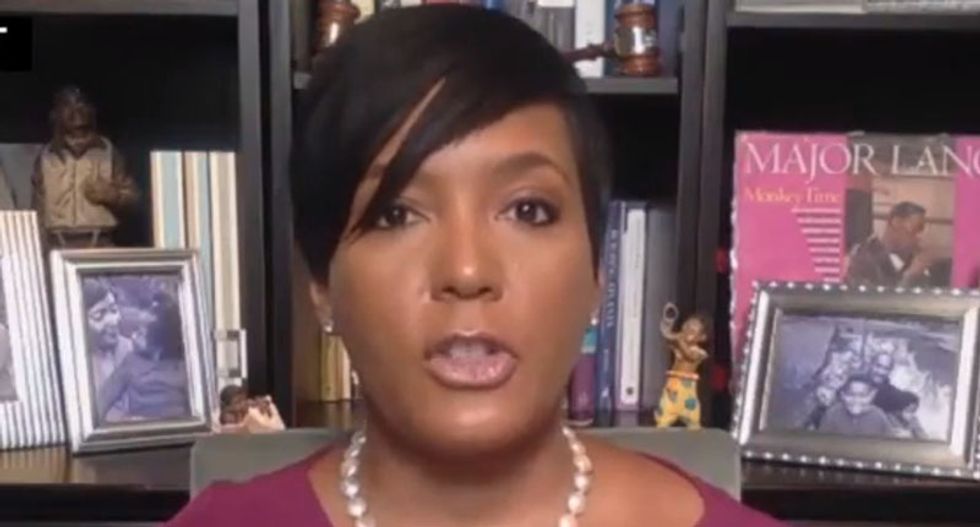 On CNN Tuesday, Atlanta Mayor Keisha Lance Bottoms tore into President Donald Trump for his suggestion in a new interview that he has done "more for Black Americans" than anyone else, during a discussion on the late civil rights leader John Lewis.

"What do you think about when President Trump says he personally has done more for Black Americans than anyone else?" said anchor Alisyn Camerota.

"He's delusional. He's a narcissist and he is delusional," said Bottoms. "The only person that believes that is him. He's done nothing for African-Americans in this country, and to speak that in the same sentence as speaking of John Lewis is almost blasphemous."