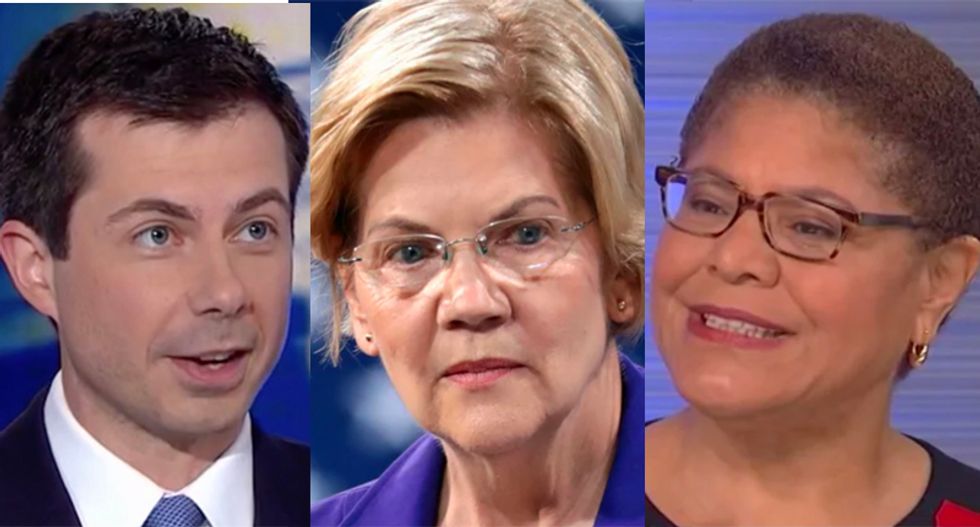 According to a report from Politico, senior officials in former Joe Biden's campaign for the presidency have already started reaching out and vetting possible candidates to serve in his cabinet should he defeat Donald Trump in November.

According to the report, "Biden’s White House and his Cabinet would likely lean on his connections from the Obama administration, including institutionalists who are palatable to centrist Democrats. But in the same way Biden shifted left on policy in recent months in response to the pandemic, he is also taking advice from the progressive wing of the party," adding that a wide range of candidates are being considered.

"Think Susan Rice, but also Elizabeth Warren. Pete Buttigieg, but also Karen Bass," the report states, with Matt Bennett of the Third Way advocacy group stating, "I think those [ideological] distinctions are going to be a little hard to draw in this administration.”

"One name often mentioned as a potential secretary of State is Rice, who was Obama’s national security adviser and made Biden's short list for vice president. Blinken is often mentioned as a potential national security adviser," the report states. "Warren’s potential selection for Treasury could depend in part on the balance of the Senate after the November election."

"Elsewhere in the Cabinet, Los Angeles Mayor Eric Garcetti, who endorsed Biden in early January and served on his vice presidential selection committee, is a likely candidate for transportation or Housing and Urban Development, among other possible positions. Rep. Karen Bass (D-CA), another finalist for vice president, could be secretary of HUD or Health and Human Services," the report continued. "New Mexico Gov. Michelle Lujan Grisham 'comes up a lot' in Cabinet talks, according to one former Biden adviser who remains in contact with Biden campaign officials. Buttigieg, the former South Bend, Ind., mayor and presidential contender, is seen as a likely choice for ambassador to the United Nations or secretary of Veterans Affairs."